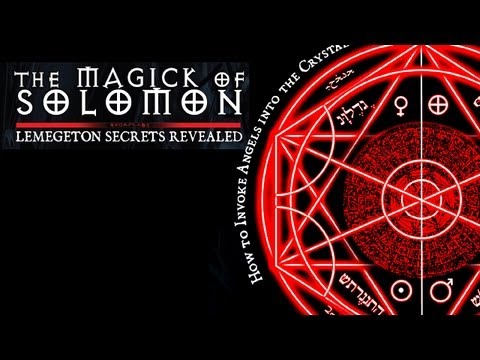 So, this is the kind of thing I watch on my phone during trips to and from work on the bus.

Admittedly, I’m a bit too much of a left-handed, anti-authoritarian, do-it-yourself kind of guy to go in for the ritual, theatricality, and group dynamic of ceremonial magick. But I found this instructional video starring author & occultist Carroll “Poke” Runyon, which portrays some rituals of his Golden Dawn spinoff group The Order of the Temple of Astarte. pretty mesmerizing.

Some of the rituals demonstrated in the video are pretty fascinating in their own right. But for me it was Poke himself, who is oddly charismatic, that really held my attention. Dude is like some kind of hermetic Dave Thomas. The kind of guy you want to share a burger with after a long day casting spells. And his booming voice and facial expressions throughout the video are fucking classic!

You don’t have to believe in magick or the occult to enjoy this video.

You just have to believe in Poke.