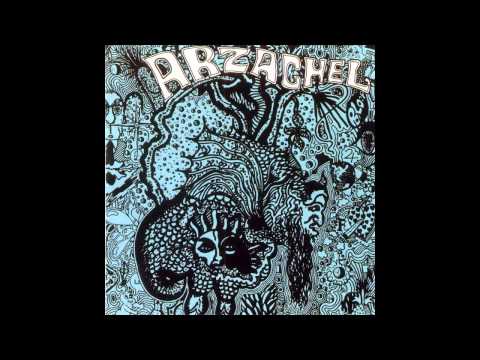 This week’s Monday Magick entry echoes out of eternity from 1971 London, England where four piece Blues Rock band Egg, formerly known as Uriel, took up the pseudonym Arzachel to record an experimental, and eldritch, psychedelic album. The self-titled LP, released by the little known Evolution label, didn’t exactly set the world on fire, but it quickly became a cult favorite, and has been widely bootlegged over the years.

While the band’s alias, Arzachel, was drawn from the name of a crater on the moon, itself named for a Moorish metalsmith, mathematician, and astronomer, their original monicker Uriel is of course one of the archangels not unfamiliar to magickal adepts. And though they’re probably most widly known for their cover of “Queen St. Gang” (otherwise known as the “Grindhouse” intro music), other songs on the album dripped with esotericism. The Lovecraftian “Azathoth” for example, which is named for one of the horror pioneer’s “Old Gods” (perhaps the oldest God, a primordial “nuclear” chaos lulled to sleep by terrible music and dancing), is majestically spooky. Like The Electric Prunes’ psychedelic reworks of baroque liturgical music, only dedicated to something with tentacles instead of Jesus.

The group members enjoyed some amount of success as Egg, releasing a handful of albums before moving on to various other projects.