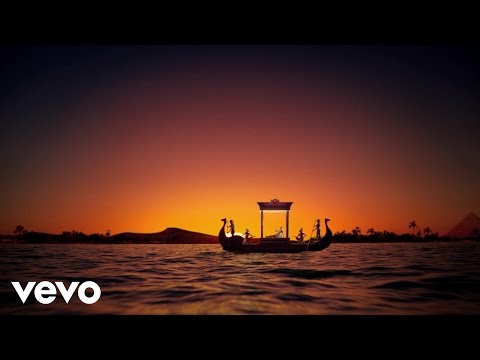 Our Labor Day candidate for Monday Magick, “Dark Horse” by Katy Perry featuring former Three 6 Mafia frontman Juicy J, is probably a surprise to some. But I totally meant to share this video when it debuted several month ago. After all, there’s a whole YouTube cottage industry of conspiracy videos accusing the former Christian singer turned Pop diva of being some sort of Illuminati high priestess or something. That’s the kind of thing that will get you my attention, no matter how many records you sell.

When “Dark Horse” hit, with its bold-faced, if cartoony, depictions of the Hermetic traditions of ancient Kemet, my reaction was basically “Oh, now the conspiracy theorists actually have something to be mad about”. I certainly dug the song’s slow & low Trap production with its etheric synths and deep bass. And even though I’ve disliked everything Ms. Perry’s released since some company sent me a promo of her “UR So Gay” single in 2007, I’ve been sold on “Dark Horse” since day one. I’m sure the “If you wanna play with magic” refrain, which mirrors the classic Lovecraftian admonition “doe not call up Any that you can not put downe”, has a lot to do with it. Well, that, and the bass. You gotta love bass.

I’m sure I don’t have to tell you the name of Ms. Perry’s album or what label it was released on. No, I really don’t.