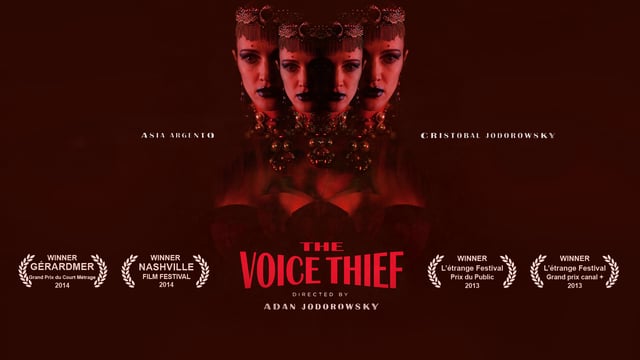 Directed by Adan Jodorowsky and starring his brother Cristóbal Jodorowsky and giallo director Dario’s daughter Asia Argento, ‘The Voice Theif’, looks like a surreal experience that certainly bears the stamp of influence of the Jodorowsky family patriarch, cult filmmaker and “psycho-magician” Alejandro.

The film, which follows a husband’s quest to find a new voice for his opera-singer bride after causing her to lose hers, was finished in 2013 and has been making the festival rounds of late, sometimes shown in conjunction with Alejandro’s autobigraphical ‘La Danza de la Realidad’, but hasn’t seen an official wide release yet.