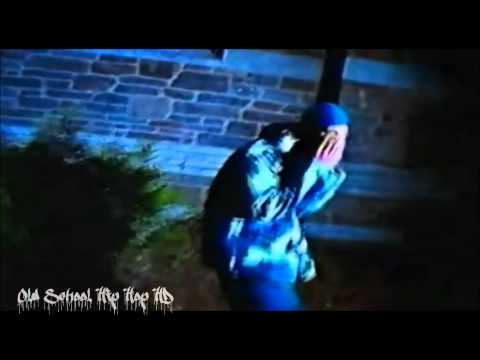 This week Monday Magick makes its first foray into the Hip-Hop genre with a track from Wu-Tang Clan affiliates Sunz of Man and Killarmy. The track, “Soldiers of Darkness”, was only released as a single via the RZA’s independent Wu-Tang Records label in 1995 with “5 Arch Angels” featuring Shabazz the Disciple on the b-side.

You might be wondering what a bunch of thuggish rappers with ties to the 5% Nation of Gods & Earths and the ICUPK school of Black Hebrew Israelites has to do with magick? But the truth is, Hip-Hop in general, with its obsessions with NGE “science”, the Nation of Islam, Egyptology, Afrocentrism, and fringe religions, played a huge role in fostering and growing my own interest and studies in the subjects of history, religion, conspiracies, anthropology, ancient cultures, the occult, and ultimately magick. Besides, are you listening to these lyrics? Are you watching this imagery? The dudes in hooded robes? Killah Priest on a throne being anointed with incense? Whoooo! I shit you not, during the Summer of 1995 my mother heard this joint, specifically Priest’s verse where he calls himself “the supreme slayer” who “wrote the Book of Isaiah, layin’ bodies down by the layer”, blasting from my boombox when she paused, looked at me and emphatically stated “So, this is what you’re all about.” It sure was. And still is.

For whatever reason neither “Soldiers of Darkness” nor “5 Arch Angels” ended up making it onto Sunz of Man’s debut LP ‘The Last Shall Be First’ when it dropped in 1998. It was a dope tape none the less, boasting tracks ripe with jewels of all kinds for those with an ear to listen. I wore that shit out.