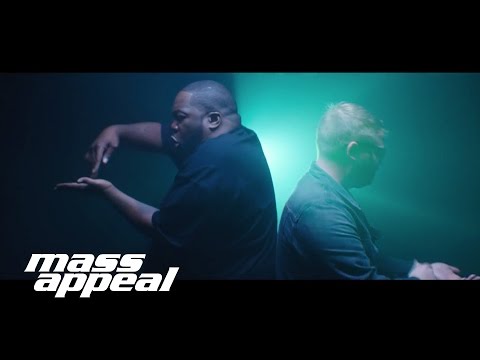 I watched El-P and Killer Mike of Run the Jewels absolutely destroy the Paradise Rock Club in Boston last Friday.

The entire place was vibrating from the nonstop bass assault they launched from the stage and from the crowd jumping up and down non-stop.

Now THIS is a Rap show! Run the Jewels sounds like King Kong and Godzilla are battling on the roof of the club. BOOM! #RunTheJewels #Boston

I think the 808s may knock the balcony I’m on right the fuck down. #RunTheJewels #Boston.

Now you can watch them get all “trippy” with the colorful geometric shapes and warped images of their new video for “Oh My Darling (Don’t Cry)”.

If you don’t have their newest record, the instant classic ‘Run the Jewels 2’, go get that shit homie.