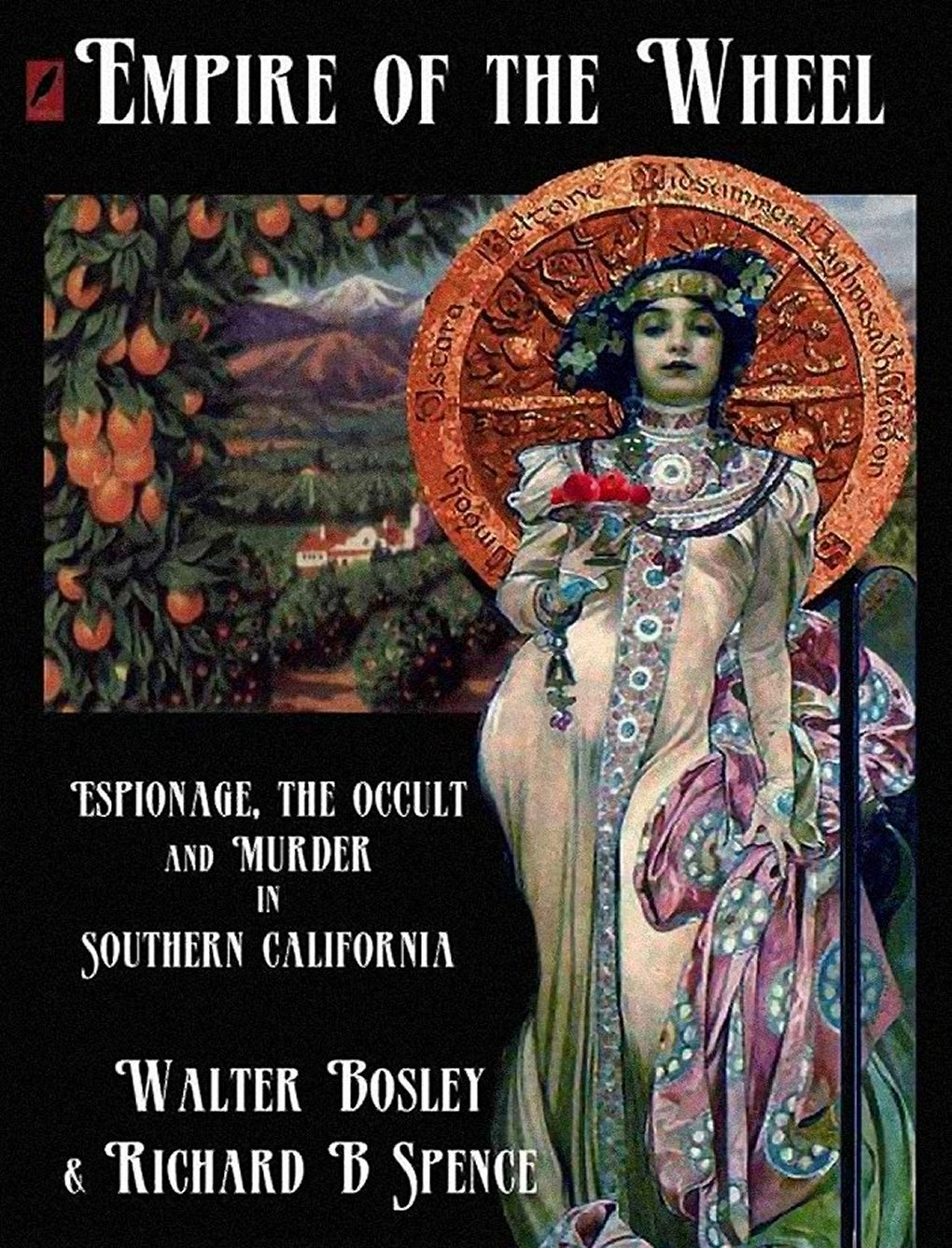 Over the last few months I’ve become more and more fascinated by investigator and author Walter Bosley and his ‘Empire of the Wheel’ series which focuses on the high weirdness of California’s so-called Inland Empire.

I happen to have been born in the area and spent time in several of the locales he concentrates on, including San Bernardino and Riverside. Other topics he touches on happen to relate to me personally as well, or are just topics I have an abiding interest in, so his books have kept my Kindle app warm on a regular basis.

The mysteries he outlines across several tomes encompass subjects such as ley lines, the Goddess Hekate, witchcraft, murder, Harry Houdini, the Spiritualist movement, international espionage, Nikola Tesla, the sinking of the Lusitania, Aleister Crowley, H.P. Lovecraft, voodoo, pre-Columbian Phoenician settlements in America, Riverside’s Mission Inn, the Zodiac killer, Disneyland, the ever ubiquitous Kights Templar, and a whole lot more. Like I said, high weirdness, and he ties it all into the landscape of Southern California specifically and the United States as a whole.

You can get all that and more on your Kindle, and at some extremely friendly introductory prices, thanks to Amazon who have most of his e-books on sale until January 1st!