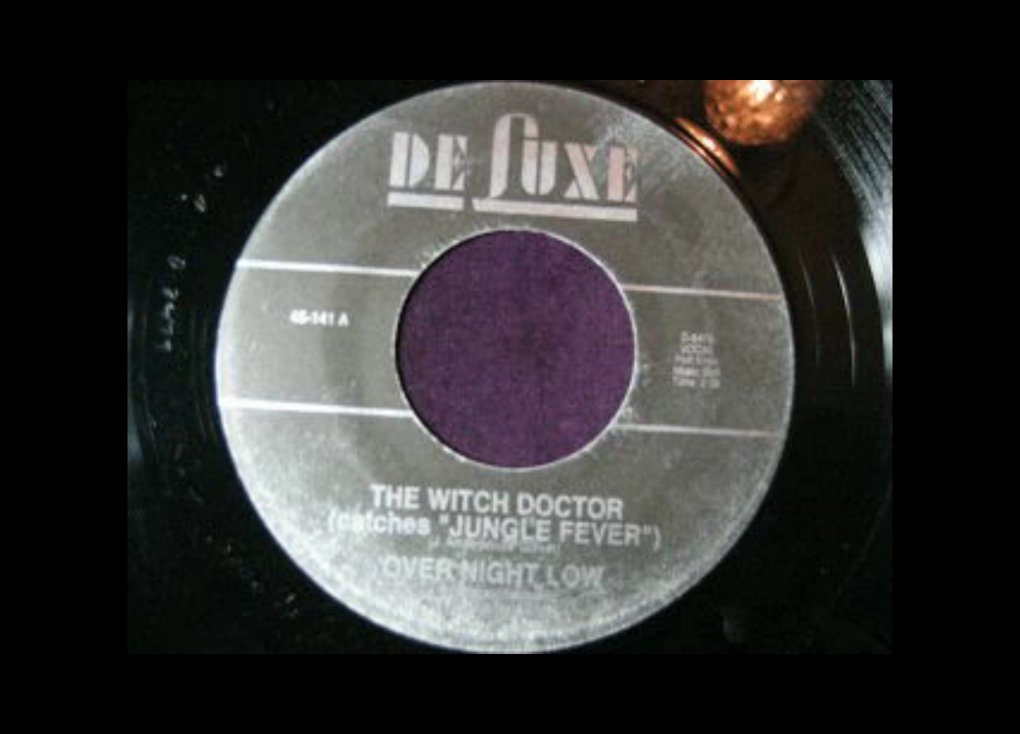 This week’s Monday Magick entry is the work of Over Night Low, an Ohio area Funk outfit whose members would go on to populate the bands Sun and the Ohio Players. Their 1972 single “The Witch Doctor (Catches Jungle Fever)”, cut for the King Records sub-label De Luxe Records, just might be the funkiest track to appear under the Monday Magick heading.

“The Witch Doctor” isn’t particularly dark, nor is it overtly concerned with the occult, or even with voodoo or other native shamanistic practices, despite the title. But it is, as the output of the Ohio Players would be throughout their career, sexual as fuck. Stylistically it features a number of the hallmarks that would make the Ohio Players key members of the Funk brotherhood, not the least of which being the outrageous voices, ribald humor, and untamed sexuality. What’s in the Witch Doctor’s “bag”? I don’t have to wonder too hard, since in my humble opinion, sex, like music, is magick.

The “Witch Doctor” 7”, backed with “Rev. Jay”, was repressed around the turn of the century by the Soul Fire record label. For more Over Night Low take a listen to the several LPs released by The Ohio Players and Sun throughout the 70s.