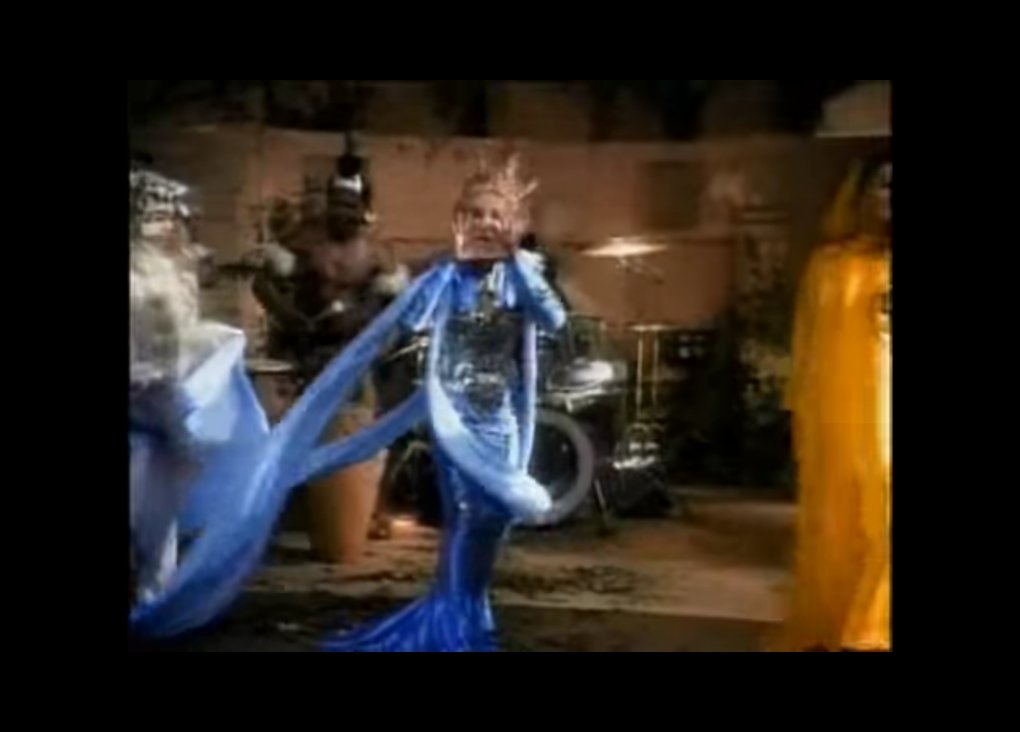 This week’s Monday Magick entry happens to be a tune that made a pretty big impression on me during my teen years, “Justified and Ancient (Stand by the JAMs)” by British Anarchist/Situationist/Discordian club duo and notorious pranksters the KLF featuring legendary Country singer Tammy Wynett. When the remixed version of the tune, from their LP ‘The White Room’, dropped in ’91 my mind was blown by the sheer weirdness of the collaboration, the song itself, and the bugged out video, and I wasn’t yet aware of it or the group’s connection to Illuminati mythology.

Anyone who’s read Robert Shea and Robert Anton Wilson’s masterwork of conspiratorial historic fiction ‘ILLUMINATUS!’ should readily recognize how much the KLF (who were also known as The JAMs or Justified Ancients of Mu Mu) were generally, and “Stand by the JAMs specifically, influenced by the novel and its contents. Group members Jimmy Cauty and Bill Drummond (who worked as a set designer on the 1976 stage-production of ‘ILLUMINATUS!’ mounted by Ken Campbell) came together as the KFL over their mutual appreciation for the novel, as well as a desire to “make a hip-hop record”, experiment with then burgeoning sampling technology, and act as musical Hagbard Celines mindfucking the traditional music industry. The “Stand by the JAMs” version of “Justified and Ancient”, which proved to be their final commercially issued work, saw them pour out their love for the wildly esoteric mythology Shea and Wilson had so lovingly gifted them (and all readers) via inspired visuals (including submarines, cloaked and horned characters, pyramids, and plenty of natives), and with the surprising assistance of one of the grande dames of Country Music, Tammy Wynette, who graciously sang the songs nonsensical lyrics. For what it’s worth it’s been noted that the “Stand by the JAMs” single was released almost 23 years (the number 23 being of some importance to the KLF, and the so-called 23 enigma being an integral part of ‘ILLUMINATUS!’) after Wynette hit it big with “Stand by Your Man”.

After “Stand by the JAMs” Cauty and Drummond officially retired the KFL name and even went so far as to burn a million of the ill-gotten pounds they’d made as musicians a few years later. Afterwards, Cauty went on to co-found The Orb, and Drummond has continued to work on artistic projects of his own. They have occasionally worked together as several semi-revived version of the KFL as well.