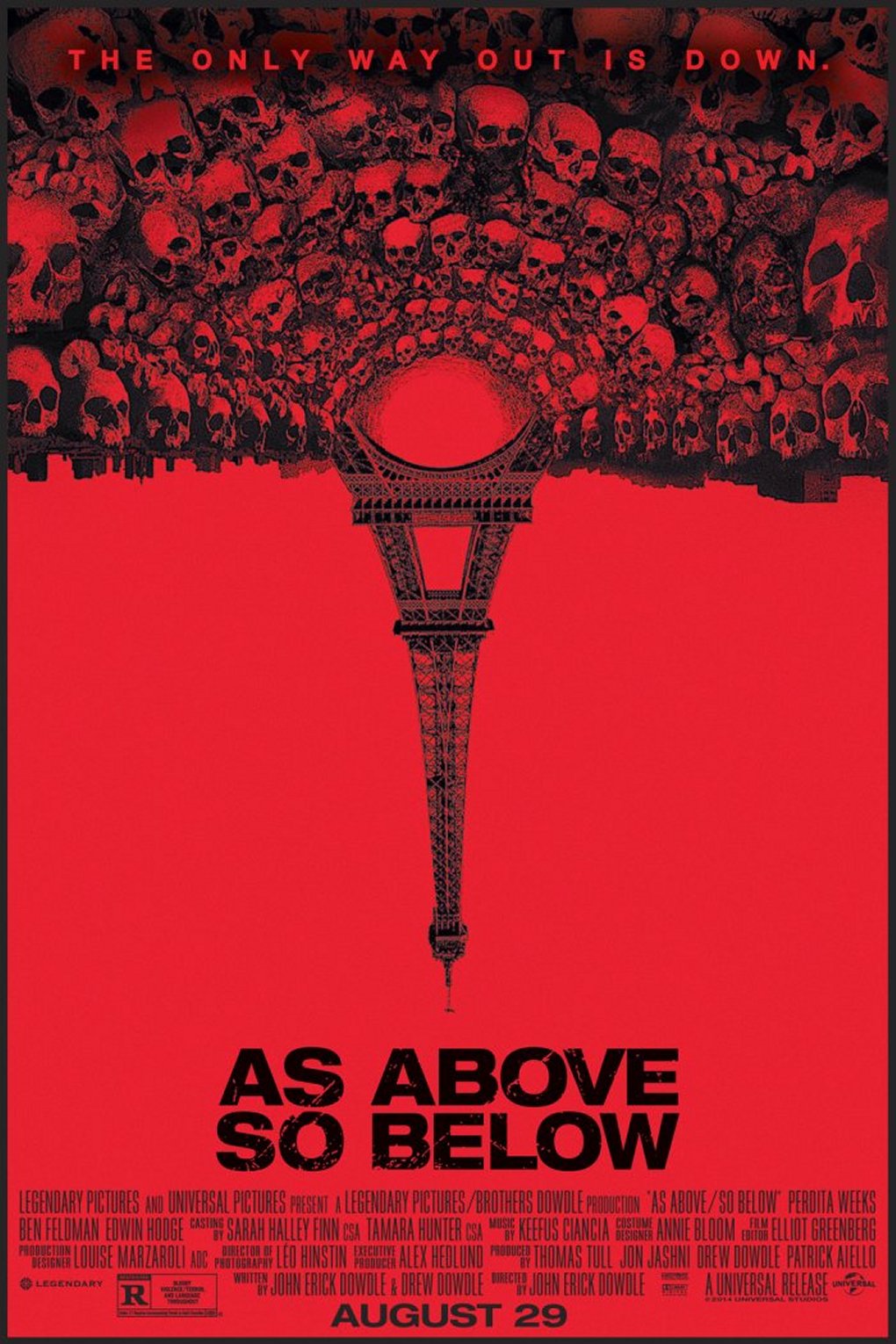 I was instantly intrigued by ‘As Above So Below’, a 2014 horror film set in the Paris catacombs, when the first trailer started making the rounds last Summer. I’ve been sorta obsessed with the catacombs since seeing a “pod” about them on Current TV, Al Gore’s cable network that began as a showcase for user-created content, a number of years back. So you can bet your ass that an underground fright fest, which is what ‘As Above So Below’ was marketed as, was right up my alley.

I didn’t get to see the flick when it was in theatres, so my assumption was that it was another ghost story, or some other type of psychological horror typical of the style of scary movies of our modern era, just transported into the claustrophobic world of the Paris underground. When I finally got a chance to sit down and watch the film here at Imageyenation HQ I found something far different, and far more in-line with my own interests in the supernatural, magick, alchemy, witchcraft, Rosicrucianism, and transcendental illumination.

Surprisingly, the film features elements of Indiana Jones-style archaeology, some of the mystery of the historical conspiracy fiction genre made famous by ‘The Da Vinci Code’, and a great deal of horror which to my delight springs from a foundation of alchemical philosophy (thanks to a story that hinges on a mystery involving Nicolas Flamel) and touches on notoions of “the dark night of the soul” and other ideas popularized by Robert Anton Wilson and his ilk. By the movies mid-point I had it all figured out, but didn’t believe I could possibly be right because it would mean a mainstream horror flick was based on some of my most beloved magickal concepts.

I fear I may have given too much away as it is, so I’m not going to discuss any more of the plot here. But for what I initially thought was just going to be another found-footage ghost flick or ‘Flatliners’-style psychological horror rehash, ‘As Above So Below’ proved to be far more engaging, exciting, and satisfying than I’d expected.

‘As Above So Below’