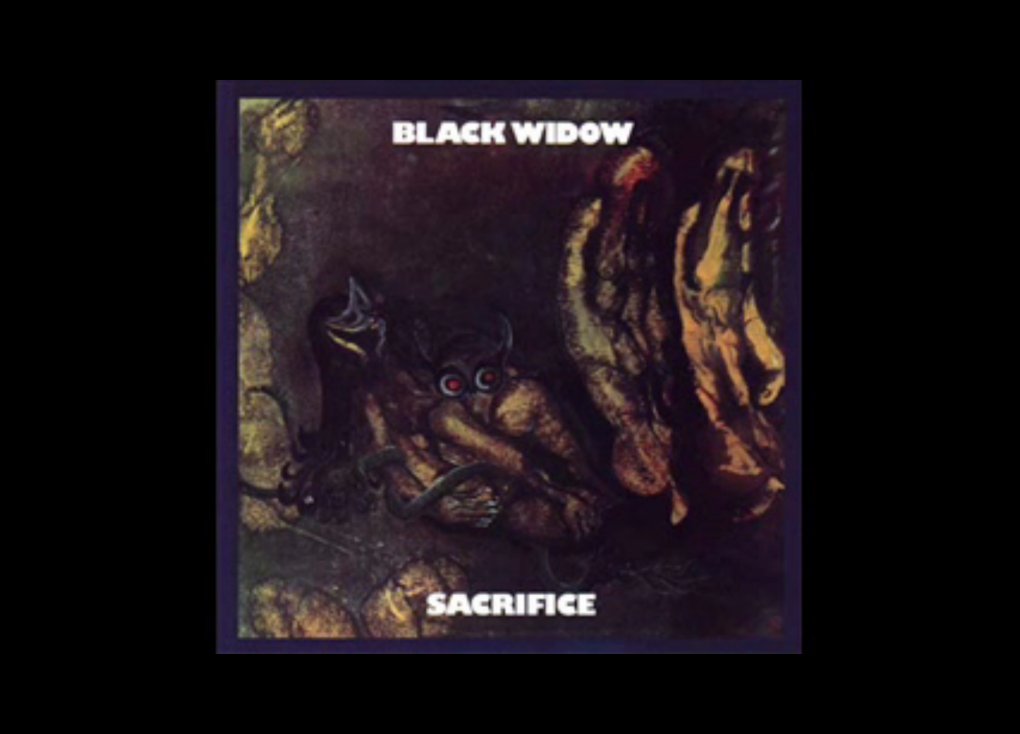 This week’s Monday Magick entry, “In Ancient Days” by Black Widow, was inspired by a brief mention of the band alongside occult-rockers Coven in Peter Bebergal’s new book on popular music and the esoteric ‘Season of the Witch: How the Occult Saved Rock and Roll’. The tune comes from the British Prog-Rock outfit’s 1970 CBS Records LP ‘Sacrifice’.

I wasn’t familiar with Black Widow until coming across their name in association with Coven as one of the few bands of the era who made blatant references to Satanism and the occult in their music. Unsurprisingly, especially considering their similar names, they garnered comparisons to Black Sabbath although their songwriting was far more devilish than anything Ozzy and company put out. “In Ancient Days” for example celebrates the summoning of infernal powers in a highly theatrical fashion using very straightforward language. Even more surprising than the darkness of the lyrics though is the funkiness of the track which leans heavily on a churning groove and plaintive horn line which conjures images of smokey jazz clubs more-so than smoke from the fires of hell. Who knew Satanists could get so soulful?

The band soldiered on long after ‘Sacrifice’, releasing several albums, seeing personnel changes, and even rethinking their ideology. They were still active as recently as 2011 when they released an album titled ‘Sleeping With Demons’.