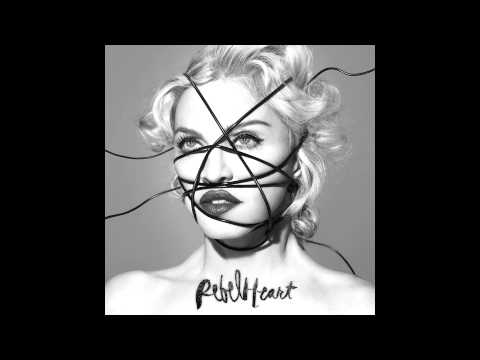 This week’s Monday Magick entry is another relatively recent release. This time it’s “Illuminati” from ‘Rebel Heart’, the 13th album from the self-styled Queen of Pop, Madonna.

On “Illuminati” Madonna takes a cue from Jay-Z’s “Heaven” (which I dedicated several paragraphs to dissecting here) and addresses conspiracy theories surrounding the world-dominating “secret society” and their alleged activities. She’s been on the receiving end of criticism from conservatives, religious nuts, and conspiracy wackos regarding her supposed presentation of Illuminati symbols and rituals in her live performances over the last few years and she surprises here by not simply coming out with a denial or attempting to obfuscate. Instead she embraces the traditions of illumination by stripping away the conspiratorial sheen depicting the Illuminati as a secret cabal of wealthy elites and their celebrity puppets and instead painting a picture of egalitarianism, enlightenment, eternal love, and everlasting life. She even shouts out the illuminist tendencies of America’s founding fathers! It’s quite the statement really.

Sadly, anti-illuminist conspiracy mongering is still rampant, especially across the internet. Still, it’s comforting knowing someone like Madonna was willing to put her money where her mouth is and try to set the record straight. Her record, ‘Rebel Heart’ is still in stores now.