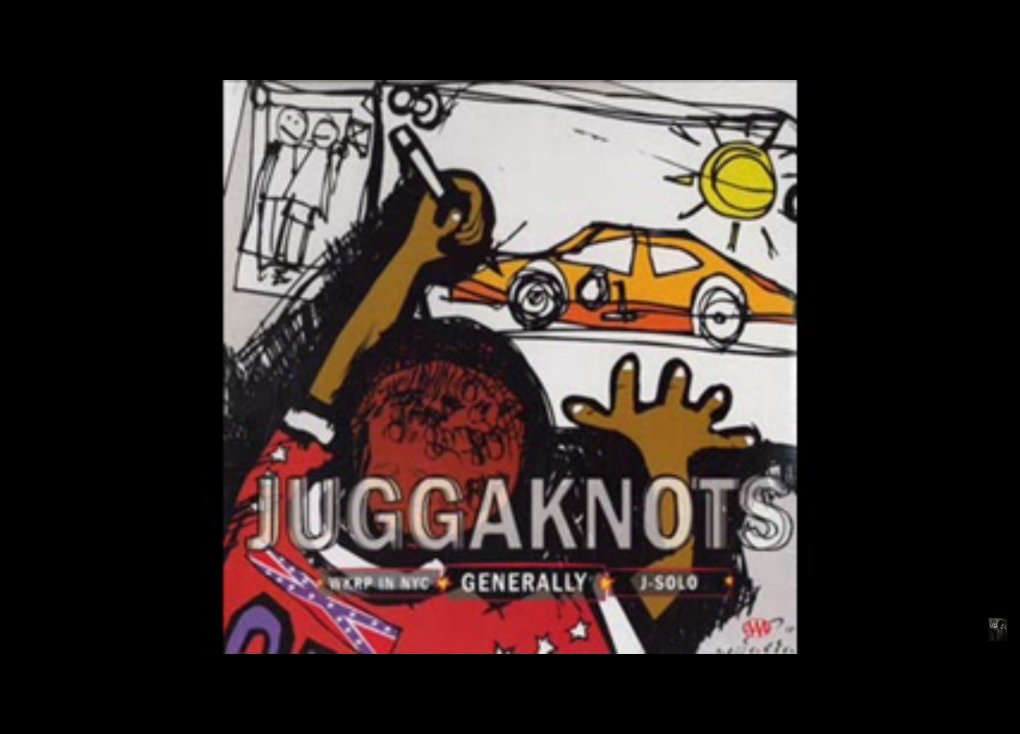 I’m not feeling particularly “magickal” this Monday. And in light of last week’s events in Charleston, South Carolina I wanted to post something relevant. So this week we’re forgoing the musical magick in favor of “Generally”, a Hip-Hop cut dealing with the subject of racism through the lens of the narrators youthful love for ‘The Dukes of Hazard’, by stalwarts of the New York underground Juggaknots.

The narrator is none other than Breeze Brewin, one of the most skilled emcees to ever touch a mic, whom many casual Hip-Hop heads probably haven’t heard of. Alongside his brother Buddy Slim and sister Queen Herawin as the Juggaknots, he’s been releasing artful, and socially conscious, Hip-Hop since the mid-’90s. After a short stint with the WEA family of labels, which saw their debut album shelved, they broke big on the indie scene with “Clear Blue Skies”, a song written from the perspective of a white son and father having a tense confrontation about interracial relationships, on the Fondle ‘Em label. “Generally” mines similar territory, touching on the casual racism present in entertainment, in an equally clever and artistically satisfying manner.

While you’re listening, sign MoveOn’s petition to remove the Confederate Flag from all government sanctioned displays.

Monday Magick should be back next week, barring any other racially motivated terror attacks.