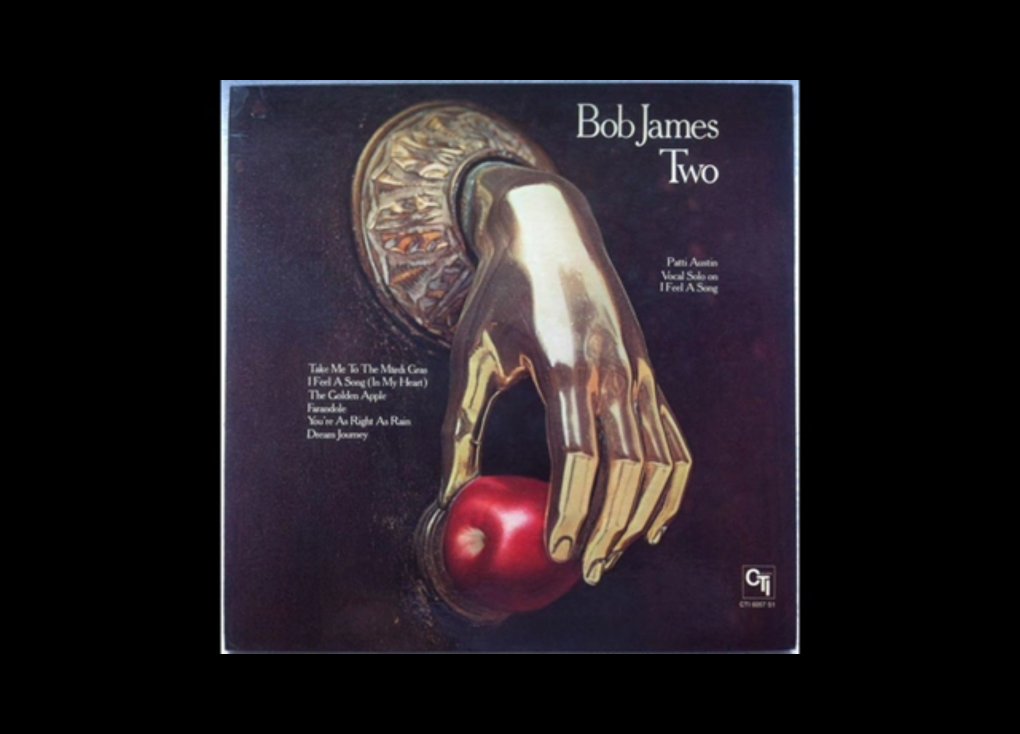 This week’s Monday Magick entry is a massive tune from one of the most celebrated, not to mention most sampled, Jazz keyboardists of all time, Bob James. And while “The Golden Apple”, from James’ 1975 LP ‘Two’, isn’t necessarily one of his most sampled tunes, it is one of the more ambitious recordings he committed to wax during the heyday of smoothed out Funky-Jazz at CTI Records. Lucky for us, it also happens to be a cut steeped in esoteric significance.

Clocking in at over seven minutes and comprised of several different “movements”, “The Golden Apple” is a big, dramatic composition. It encompasses numerous influences, from Jazz, to Funk, to Classical, to Prog, and is invested throughout with the gravitas of a cinematic soundtrack. I don’t know for certain, but the theatrical feel of the song may have been designed to convey the range of emotions associated with the mythology surrounding the titular gilded fruit, the Golden Apple of Discord, which was, according to Greek legend, cast into the midst of a gathering of the Gods by the goddess Eris, setting off a dispute among them over who was the most beautiful and therefor it’s rightful owner. In Rome Eris was known as Discordia, and so the Golden Apple has become a symbol for the Discordian religion, founded in the 1960’s by Greg Hill and Kerry Thornley, and propagated by the writings of Robert Anton Wilson. Both Eris and the Apple are significant to Discordianism, which incorporates the symbol into its signature glyph, the Sacred Chao. Additionally, the Sacred Chao and the goddess Eris are central to the plot of Robert Anton Wilson and Robert Shee’s ‘ILLUMINATUS!’, thus linking Eris, the Apple, and the Sacred Chao to traditions about the Illuminati and transcendental illumination, subjects of great interest to us here at Imageyenation.

Over the years James recorded a slew of other Jazz-Funk classics, including the oft-sampled “Take Me to the Mardi Gras”, and “Nautilus”, which might interest fans of a certain book about a certain golden submarine. Both “The Golden Apple” and “Take Me to the Mardis Gras” can be found on the ‘Two’ LP, but most of Bob James output, for both CTI Records and his own Tappan Zee imprint, during the ’70s and early ’80s comes with our recommendation. He’s still performing, recording, and suing people over sampling his music, today.