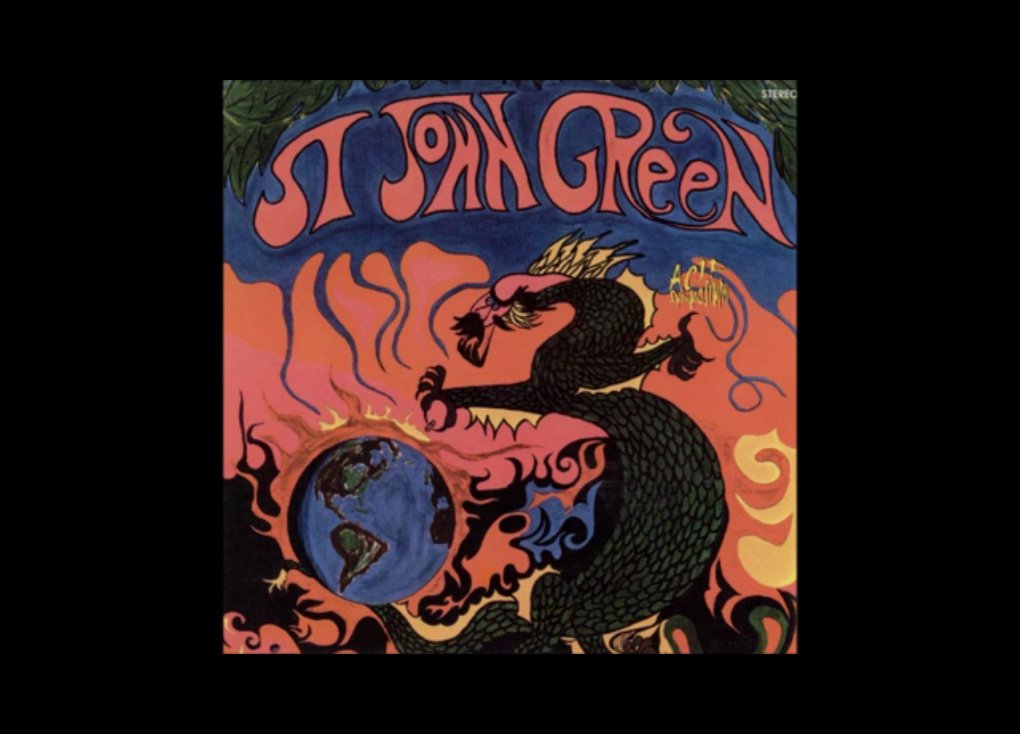 This week’s Monday Magick entry is what some might call a “hidden jem” or “dusty classic” from one of the great “lost albums” of the Psychadelic era. “Devil and the Sea” is probably one the least wigged-out tracks from the decidedly occult-tinged self-titled 1968 debut from freaked out Los Angeles area five-piece St. John Green.

Formed by students at Pasadena City College in 1967, the band made a name for themselves locally and quickly fell under the influence of Rock Svengali Kim Fowley who had a hand in several novelty and cult records and was something of a “shadowy figure” involved in some of the murkier goings on on the LA scene. Fowley directed the band in the development of what he called the “Canyon Sound”, a “new style of music” intended to be a hallmark of the Topanga Canyon scene. Group founder Mike Baxter would in fact claim that Fowley’s agenda, which included weaving a “mystical tale about the Dark Shadows of the Canyon and the Mysterious Canyon people” into their music, overran the project leaving it “twisted into a bizarre Kim Fowley project.” The resulting LP, fueled by the eccentric behavior and drug-abuse of lead-vocalist and songwriter Ed Bissot, and directed in ever stranger directions by Fowley, was in fact a dark, paranoid, drug-infused psychedelic journey unlike anything many listeners had heard up to that point. However there were a few slightly more polished selections, like the almost soulful (but still diabolic) “Devil and the Sea”, providing groovy respite from all the high weirdness.

Ultimately the album wasn’t a success, though it did go on to enjoy a reputation as a cult classic, and St. John Green disbanded soon after its release. Fowley went on to say “I have people come up to me and cry and stuff when I go to Europe. They cry and they start shaking and stuff. That’s the way people respond to that record… It’s a great record. There’s only a handful of records that I’ve made that are great” about the album. Fowley kept his fingers in the music biz until his death from bladder cancer earlier this year.