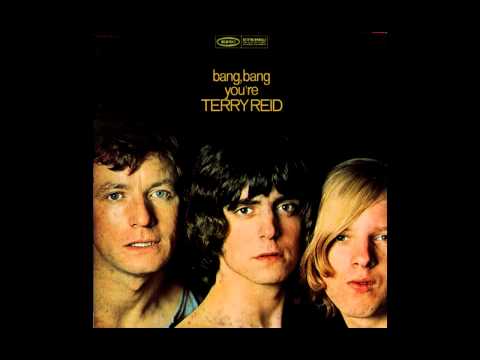 Another Monday in October means another entry in Monday Magick’s month-long tribute to the Donovan composition “Season of the Witch”. This week’s cover comes from ‘Bang, Bang You’re Terry Reid’, the 1968 debut LP from British Rock vocalist and guitarist Terry Reid.

Reid’s cover, featuring Keith Webb on drums and Eric Leese on organ, clocks in at over ten minutes and boasts a monster bassline courtesy of an unknown bassist who sadly goes uncredited in the liner noted. The majority of the tune is in a mellow, bluesy mode, with lots of lackadaisical vamping from the trio of musicians involved, recorded with a pretty hefty reverb. But there are sections where the guitar and drumming get heavier, the organ howls, and Reid’s vocal enters a screamy register that really showcases why Jimmy Page offered him the vocalist job in the band that would become Led Zeppelin prior to linking up with Robert Plant.

After releasing ‘Bang, Bang…’ Reid turned down the invitation from Page, and later turned down the chance to front Deep Purple. He released a string of albums which culminated with a live record, ‘Live in London’, in 2013. The now 65 year old Reid still tours.