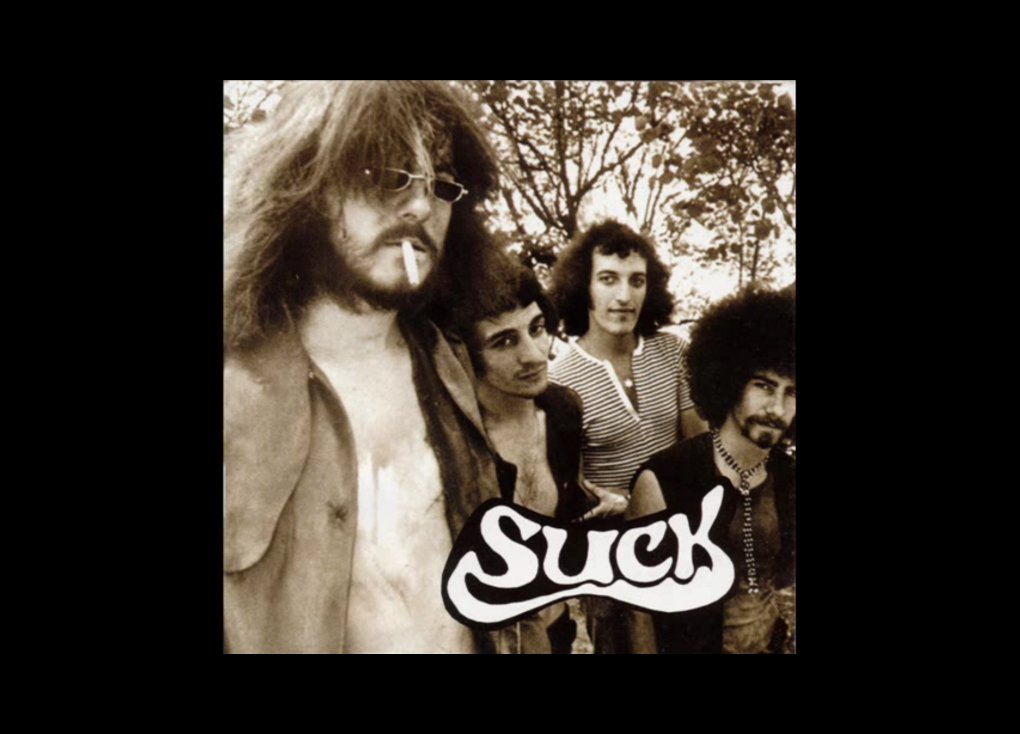 With the fourth and final Friday of October upon us we finally present the last entry in our month-long tribute to the Donovan composition “Season of the Witch”. This week’s entry, which comes courtesy of South African Metal pioneers Suck and their 1970 debut ‘Time to Suck’, may in fact be the heaviest, not to mention trippiest, incarnation of the occult classic that we’ve featured.

Like many of the assorted covers of “Season of the Witch” that we’ve covered over the last two years Suck’s version is on the long side, with a running time of nearly ten minutes. But it gives us a lot during those ten minutes; from otherworldly flutes over a stoner-rock intro, to a chugging locomotive of a groove that puts the “heavy” in their metal, to wild, freaked out riffing, to an “In-A-Gadda-Da-Vida”-style drum breakdown, to shouting and Bluesey wailing, and even some new ad-libs that reference voodoo spells for good measure! Far from “sucking”, Suck’s cover may actually be one of the best versions of “Season of the Witch” from amongst a field of truly outstanding reworks by some of the most talented musicians in the world. It’s certainly earned a place high up on my list of favorite “Season of the Witch” covers, that’s for sure.

‘Time to Suck’ was the quartet’s only album, and was only officially released in the United States in 2009. The various members of the band, a group comprised of two South Africans, a Brit, and an Italian, are, if not lost to time, sadly lost to me.