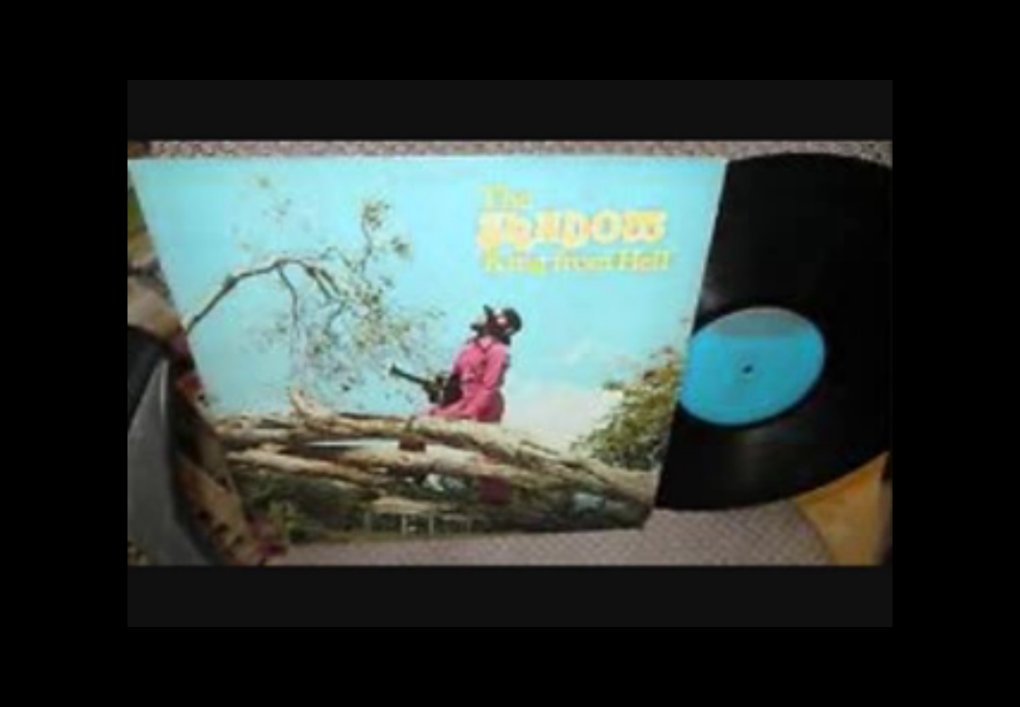 This week’s Monday Magick entry is a rare contribution from the West Indies, a location not necessarily known for embracing the supernatural in its popular music. The tune in question is an energetic 1975 side with the incendiary title “King From Hell” which comes courtesy of Trinidadian calypsonian The Mighty Shadow.

If you listen to our Clandestine Transmission podcast you might have heard Emeyesi and I discussing how few Reggae tunes I’ve featured as part of Monday Magick. While there is an underground tradition of ritual magick in Jamaica known as Obeah, nobody is writing any Reggae songs about it to my knowledge. Traditionally Jamaicans generally just aren’t comfortable with the occult and Jamaican musicians are only likely to mention The Devil, witches, “duppies”, or vampires unless they’re chanting them down alongside “Babylon” and “bald-heads” while alternately praising Jah, Haile Selassie, Marcus Garvey, or some permutation thereof. Elsewhere in the Caribbean folks are more likely to acknowledge the rich tradition of paganism, magick, secret societies, and the occult that exists in the region. And I found at least one artist–Calypso monarch Winston Anthony Bailey a.k.a. The Mighty Shadow–from the area–Trinidad and Tobago to be exact–who has recorded a few songs that “big up” the paranormal in some fashion. His “King From Hell” is bold in its embrace of the supernatural in general and the diabolic specifically. Over a jumping party-time rhythm, Shadow proclaims his own badassery, describing how he plans to kick ass and take names in the afterlife as a “terrible ghost” after his own passing wreaking vengeance upon people who’ve wronged him as a crowned ruler at the right hand of Satan in Hell. Being a party jam, as most Soca and Calypso is, the song is delivered largely in a tongue-in-cheek style, and it even includes an admonishment against wrongdoing. But the lyricism is otherwise quite strong and a bit shocking in its embrace of unusually dark subject matter for such a usually sun-soaked genre of music.

Over the years The Mighty Shadow has won respect, accolades, and awards in the world of Calypso, including being named an International Soca Monarch. He’s still active as a recording artist and performing today.