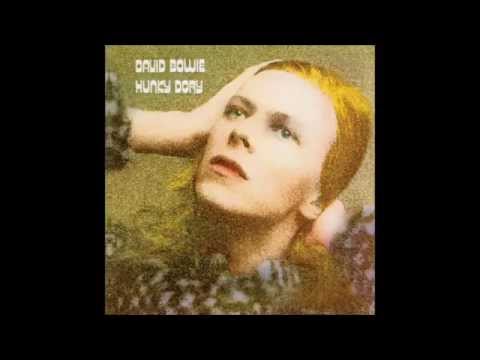 I can admit it, this week’s Monday Magick entry is a bit of a gimme. It name checks several key occult figures and pays lip service to some very basic illuminist ideas. The song in question is David Bowie’s “Quicksand”, taken from his 1971 RCA LP ‘Hunky Dory’.

The delicate, acoustic Chamber-Pop ballad is something of a college philosophy student-cum-conspiracy-theorist’s occult discussion primer. The surreal lyrics boast references to the mystical fraternity The Order of the Golden Dawn, one of the order’s most notable members Aleister Crowley, occult-obsessed Nazi, founder of the Ahnenerbe, and SS Reichsführer Heinrich Himmler, UK Prime Minister Winston Churchill, the writings of German philosophers Karl Jung and Friedrich Nietzsche, and the traditions of Tibetan Buddhism, among other “deep thoughts”. Of particular note to this illuminist is the chorus which suggests that belief in anything, including the self, is a deception, and the final verse which posits that humanity could evolve out of the liminal state in which it’s trapped if only they could disconnect themselves from “bullshit faith”. Like I said, deep thoughts.

‘Hunky Dory’, which also featured classic cuts like “Changes”, “Queen Bitch”, “Kooks”, and “Life on Mars”, is just one of Bowie’s many essential recordings. He ‘s still active today at the age of 68. In fact, he just released “Blackstar”, the first single from his forthcoming 25th album of the same title. It’s pretty dope, and I’m not sure why I haven’t posted it here on the blog yet.