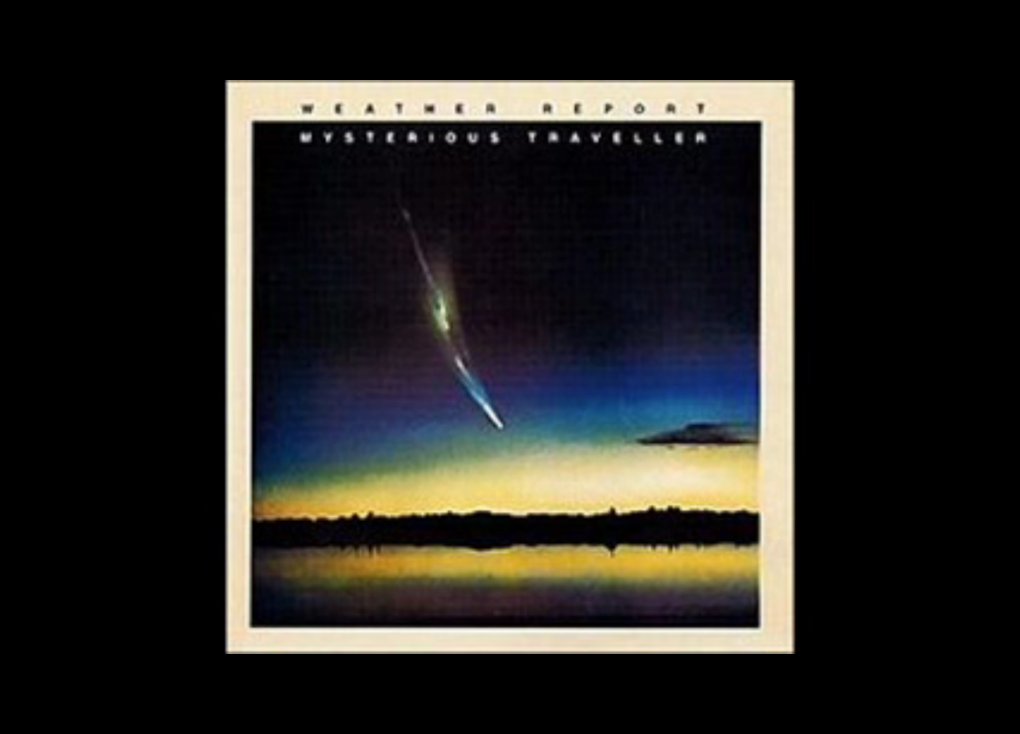 I can’t help noting that I’ve posted a lot more Jazz tunes than I have anything that might be considered “Metal” or otherwise stereotypically “dark” as part of this Monday Magick experiment. I don’t know if that says more about my taste in music than the apparent occult interests of the musicians who make the music I feature here every week or what? But this week’s Monday Magick entry, a haunting instrumental cut titled “Scarlet Woman” from Jazz-Fusion orchestra Weather Report’s 1974 Columbia Records LP ‘Mysterious Traveller’, is yet another example of this weird phenomenon.

I was inspired to dig out my ‘Mysterious Traveller’ LP after watching ‘Jaco’, a documentary about former WP member (and “greatest bass player in the world”) Jaco Pastorious. Jaco wouldn’t join the band until 1975’s ‘Black Market’, but I associate the band most with ‘Mysterious Traveller’ because it was the first WP album I ever bought, right around the same time the off-kilter piano notes of the title track were memorably sampled by Kool G Rap for his “4, 5, 6”. At that time the song “Scarlet Woman” didn’t hold any special meaning for me other than the title’s loose association in my mind with the Biblical Book of Revelation and a vague sense of sensuality. These days that sense of sensuality imparted by the song is overarching, as the title brings to mind the importance of the so-called “Scarlet Woman” (or Babalon), in the occult writings of Aleister Crowley and most especially the life of his acolyte Jack Parsons. Also referred to as The Great Mother or The Mother of Abominations (shades of Kali, a figure of utmost importance in Tantra and therefore Alchemy), the Thelemic Scarlet Woman could represent the archetype of divine womanhood, or a literal partner in magickal sexual practices. For Parsons the Scarlet Woman was both the former and the latter, an elemental force (who he believed manifested in his life in the form of Marjorie Cameron) with whom he sought to conceive a magickal child (or Moonchild) that would signal the arrival of a new aeon. To me personally the term represents a manifestation of the terrible goddess of creation and destruction, the only partner worthy of union with, and worship by, the god who is also both creator and destroyer. Thus the alchemical maxim “solve et coagula” is completed, resulting in the collapse of reality as we know it via the release of sexual energy and true magickal will. I don’t know if Alphonso Johnson, Wayne Shorter, and Josef Zawinul had anything like this in mind when they recorded “Scarlet Woman”. But the song certainly has an air of mystery (Mystery…Babalon…The Great…) and primal sensuality that is perfectly suited for just such ideas.

Weather Report released 13 studio albums and a handful of live recordings during their lengthy career, but ‘Mysterious Traveller’ remains my favorite. They are regarded, collectively and individually, as some of the greatest musicians the Jazz genre has produced.