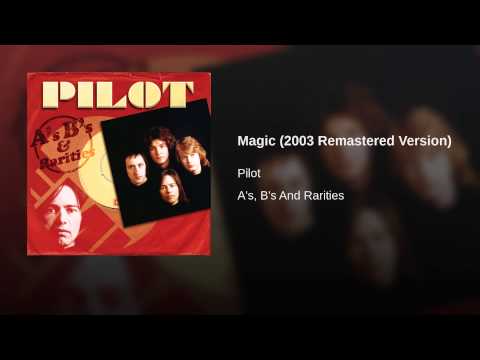 I’m still getting back into the swing of things after our brief hiatus, so this week’s Monday Magic entry is something easy and not too deep that most readers should be familiar with.  It’s “Magic”, a 1974 single by Scottish quartet Pilot that has been a staple of Classic Rock radio for decades.

“Magic” is a sunny slice of post-Glam Pop-Rock with psychedelic and progressive influences produced by Prog-Rock guru Alan Parsons that enjoyed massive commercial success.  It’s not the sort of song you’d expect to contain the kind of secret esoteric subtext I find in the tunes I usually dissect in this space.  And it doesn’t.  Or at least, it doesn’t at first glance, and what little that is there isn’t particularly deep. But there is something underneath that glossy Pop sheen.

Upon first listen “Magic” just seems like another one of those Pop songs that compares the feelings associated with love with the wonders of the occult.  But that’s not what the song is about at all.  It’s actually not a love song and never mentions anything romantic.  What it does seem to portray is the meandering thoughts of young man in a disassociated state of some kind.  The narrator has “Never been awake”, nor has he ever “seen a day break”.  He doesn’t leave his bed and is haunted by “dreams of far away” and “crazy music playing” in his head.

Sure, this could be a slacker experiencing the bliss of a narcotic high or just enjoying being a lazy layabout. But the chorus of the song itself declares that the cause of the narrator’s lackadaisical hallucinating is in fact “Magic”, before insisting the listener “never believe it’s not”. This doesn’t just sound like the ramblings of a stoned teenager but someone enraptured by the supernatural itself.  It’s not love.  It’s not drugs.  It’s magic, you know?

“Magic” reached number 11 on the Billboard charts here in the states.  It’s made a lasting impresssion on the cultural lexicon, having been featured on several soundtracks and covered a handful of times.  It appeared on Pilot’s debut album ‘From the Album of the Same Name’.  Pilot went on to release three more LP’s before dissolving, with group members going on to work with Alan Parsons and 10cc.  Band member Bill Lyall died of AIDS-related complications in 1989.  The remaining members reunited in 2014.