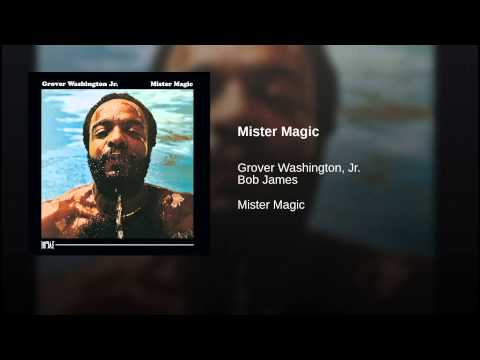 This week sucks and I really could give a fuck about anything right now.  So no in-depth exegesis of deep occult secrets will be had in this week’s Monday Magick.  No, instead you’re getting the laid back vamping of saxophonist Grover Washington, Jr. on the Bob James-produced Jazz-Fusion classic “Mister Magic” from his 1975 Kudu Records LP of the same name.

Call it “Funky-Jazz”. Call it “Lite-Jazz”.  Call it “Smooth-Jazz”.  You could even call it “Easy Listening”. But any way you cut it “Mister Magic” is a classic Pop instrumental.  This amalgam of Funk, Soul, and Jazz maintains it’s magical swagger for the duration of its nine-plus minutes due in large part to it’s signature repetitious organ & bass riff which have been sampled more than a few times over the years. A silky guitar lick and shuffling beat put a bit more mystical pep in the cut’s step.  And the chicken scratch guitars, horns, electric piano, string arrangement, guitar solo, and Grover’s soloing on the sax work together to weave their own spell that keeps everything interesting until the end.

Being an instrumental, there are no lyrics about magicians, wizards, sorcerers or the like to be heard on “Mister Magic”.  And I’m really not sure what brand of magic, other than purely musical, Grover, Bob, and company might have had in mind while recording the side.  But the tune was surely blessed by some form of enchantment as “Mister Magic” went to numbers 54 and 16 on the Billboard Pop and R&B charts respectively.  It has since enjoyed enduring appreciation from Pop radio, and Hip-Hop & Disco disc jockeys, not to mention beat diggers, over the years.

‘Mister Magic’ was Washington’s forth album.  He went on to release 21 more before passing away on December 17, 1999 of a heart attack at the age of 56. He had become one of the most commercially successful Jazz fusion artists of his era.