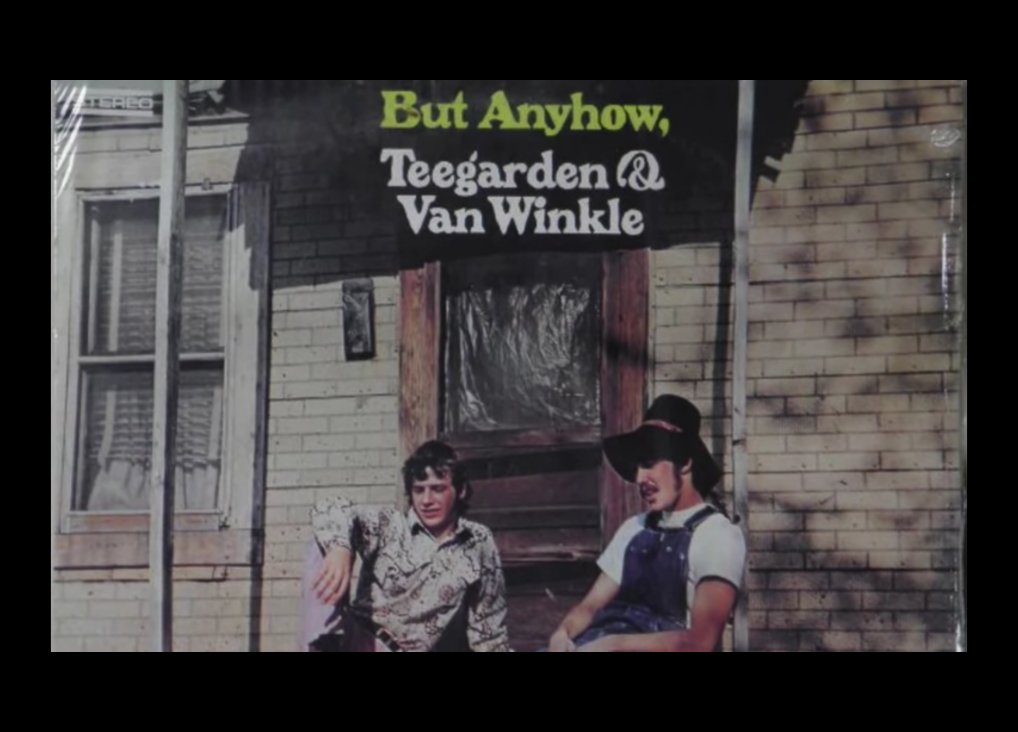 When I instituted the annual month-long celebration of “Season of Witch” here on  Monday Magick a few years back it was intended to unearth radical re-imaginings of the Donovan tune.  Covers that turn the classic on its head, or bring something new and different to the composition.  And while some of the covers we’ve featured have been kind of repetitive and samey, there have been a handful that really took the tune in exciting directions.  That’s exactly what the version we’re featuring this week, by folky Rock-n-Soul duo Teegarden & Van Winkle, manages to do despite being such a late addition to the collection.

Taken from the Detroit by way of Tulsa bred pair’s 1969 sophomore LP ‘But Anyhow’, recorded for Atco Records, Teegarden & Van Winkle deliver one of the speediest — in both tempo and duration — takes on “Season of the Witch” we’ve ever featured.  Like almost every take on the song we’ve heard over the years this one features a lot of low-end, with bass-pedal organ grooves driving the track throughout.  The upper register organ parts get straight up soulful, with some Gospel-tinged wailing happening over some of the most interesting drumming ever heard on a “Season of the Witch” cover.  The hi-hats and cymbals are loud in the mix keeping a double-time rhythm that the drummer follows with an almost maniacal beat that prefigures ?uestlove’s Drum-N-Bass-inspired breakdown from The Roots’ “You Got Me” by about 30 years.

The main vocal is pretty straightforward and laid back, delivered in a very standard white dude Country/Blues drawl.  And like most versions of the song there’s nothing particular spooky or occult about the instrumentation or vocalization on Teegarden & Van Winkle’s cover.  In fact, theirs may be one of the churchiest takes we’ve heard yet.  As the exaggerated tempo and energetic organ work are most reminiscent of an Evangelical Revival meeting, storefront church, or at least a jumpin’ jazzy reworking of some spiritual or another.  Witchin’ it may not be.  But bitchin’ it most definitely is.

After droppng ‘But Anyhow’ group members David Teegarden and Skip Knape released a handful more albums via noted Detroit Funk label Westbound Records.  Soon after Knape formed the Skip Van Winkle Band, while Teegarden went on to work with Bob Seger’s Silver Bullet Band.  They reunited in 1997 for a record titled ‘Radioactive’.  Both are still floating around the periphery of the music industry as of this posting.