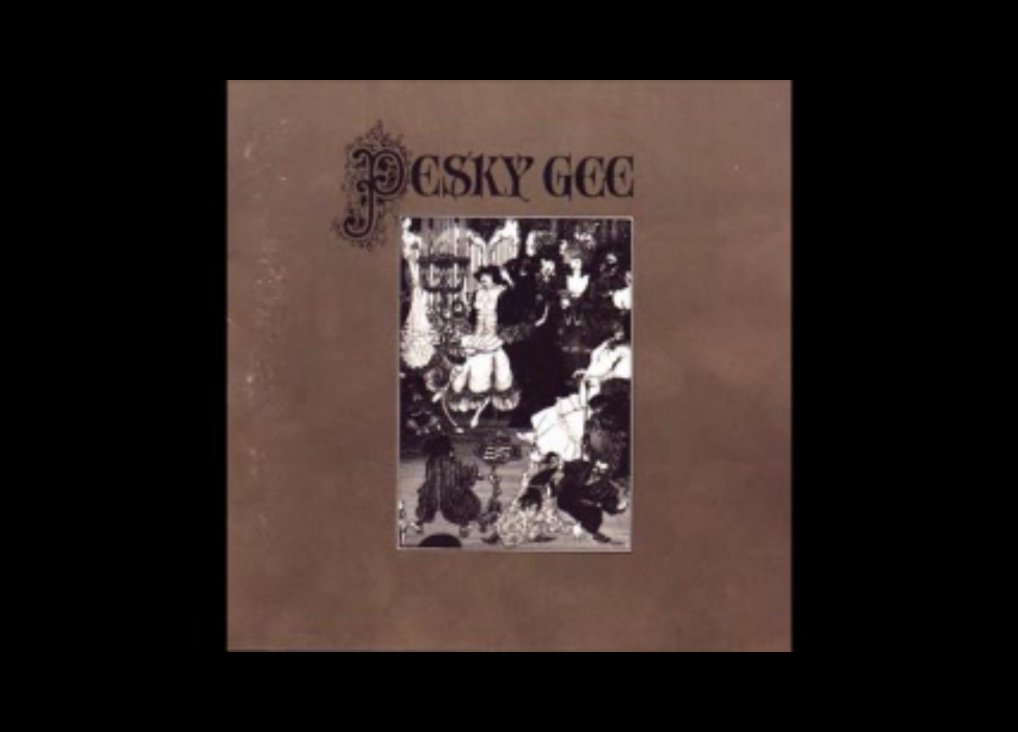 This week we round out what could potentially be our last October’s worth of “Season of the Witch” covers here on Monday Magick with a rare take featuring a female vocal!   Said vocal comes courtesy of Kay Garrett, and it graces a Bluesy, eight-plus-minute version of the cut by Leicester, England Psychedelic Rock septet Pesky Gee!, from their 1969 Pye Records debut ‘Exclamation Point’.

Pesky Gee! would eventually lose the female lead singer & psychedelic affectations in favor of a heavier sound and occult-inspired image, rechristening themselves Black Widow. But on their version of “Season of the Witch” they’re still in full-on “groovy hippie” mode replete with a Janis Joplin-esque vocal from Garrett, gentle guitar strumming, skating-rink organ accompaniment, and the by now de rigueur monster bassline.

The bassline on Pesky Gee!’s cover actually ranks among one of the biggest and most sonorous of any version of “Season of the Witch” we’ve yet featured in this space.  And like only the most interesting takes theirs also features some subtle but decidedly eerie background harmonies that create a bit of a cultic atmosphere (pre-figuring their transformation into Black Widow) and signal the song’s climax after a lengthy, vamping, bridge section.

A year after releasing ‘Exclamation Point’, which featured a San Francisco-friendly blend of sounds not far removed from acts like Cold Blood and Jefferson Airplane, Garrett would depart leaving the remaining band members to regroup as Black Widow.  They released their Black Widow debut ‘Sacrifice’, which contained Monday Magick featureee “In Ancient Days”, soon after, pioneering heavy occult Rock alongside the likes of Coven and Black Sabbath.