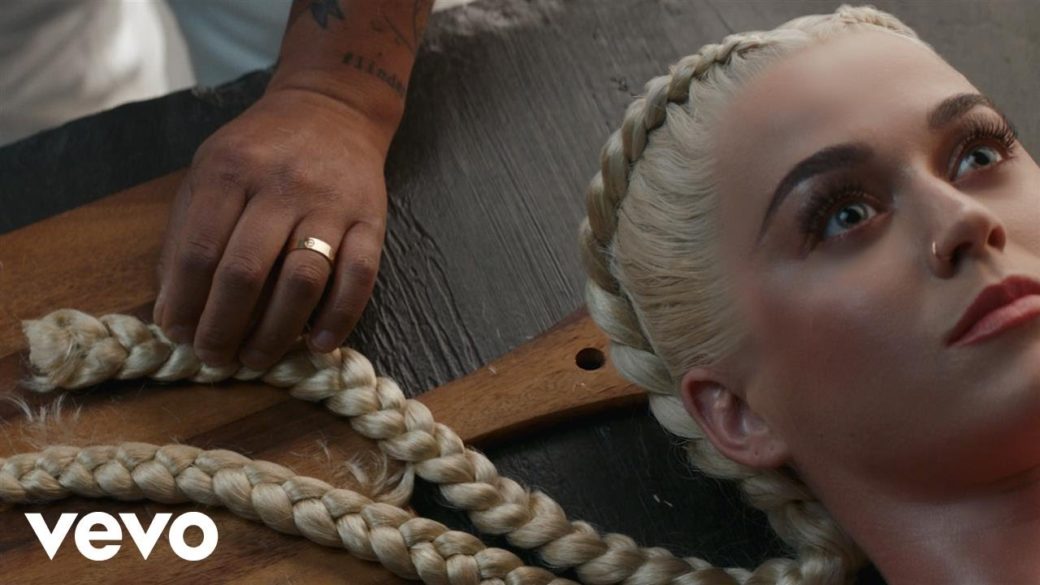 Earlier today I got an excited instant message from a friend asking if I’d seen the new Katy Perry video.

The message came from an individual with whom I’d once engaged in fantasy sex-play involving simulated murder, necrophilia, and anthropophagy.

Personal fetishes aside, I was left thinking that (like her “Dark Horse” clip) this video was intended as a middle finger to her critics in the conservative media world who insist she and her music are part of an occult conspiracy to brainwash her impressionable fans into offering themselves up as Illuminati sacrifices of one sort or another.

Here she was allowing herself to be prepared, dressed, and cooked for human consumption!

The cooking, in a large pot, in particular struck me as hearkening to the “baptism of wisdom” (or bapho metis) rituals of the Gnostics which some allege inspired the name of the hermaphroditic goat God  of the Templars, Baphomet.

It should be noted that 16th century “Orientalist” Joseph von Hammer-Purgstall alleged that the Templars themselves partook in these rituals and that certain artifacts depicted them as involving beastiality, pedophilia, and boiling or cooking human beings in methods not dissimilar to the way Perry herself is cooked in the video.

Of course these allegations are pretty similar to those bandied about today regarding the so-called “Pizzagate” conspiracy which goes hand in hand with the Satanic/Illuminati mind-control conspiracy with which Perry is often accused of collusion.

As such I don’t think her choice of imagery is a coincidence, and I’m digging the boldness of making such a statement beyond the implied sexual innuendo of the song itself.

“Bon Appétit” is the second single from Perry’s forthcoming fifth album ‘Witness’ which is due out June 9th via Capitol Records.