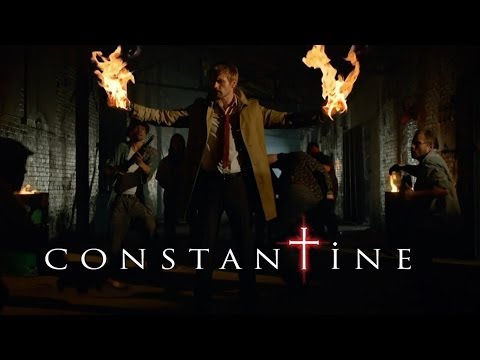 So, NBC is taking a crack at adapting D.C. Comics’ Alan Moore (sorry Alan) created ‘Hellblazer’ series with a new program following the exploits of magician John Constantine titled (what else?) ‘Constantine’.

I didn’t hate the big-screen adaptation of ‘Constantine’ starring Keanu Reeves, despite the fact that they Americanized the character, mostly for it’s stellar supporting cast. Tilda Swinton is always a favorite, as is Peter Stormare whose turn as The Devil is one of my favorite silver screen depictions of Old Scratch.

And while NBC doesn’t have a great track record with things like this (other than ‘Hannibal’) and usually backs away from heavier content (except for ‘Hannibal’) this isn’t looking too bad. In fact, it feels an awful lot like a show I love, ‘Supernatural’.  Which is hilarious since that show’s angelic protagonist Castiel is sort of a tribute to the John Constantine character.

Anyway, I’m holding out hope they get this right this time and don’t shy away from making the material dark, magical, and weird. Like I said, it’s the New Bavarian Conspir…I mean National Broadcasting Network, so we’ll just wait and see. At least they made him British this time, right?

The show debuts this Fall on Friday nights.