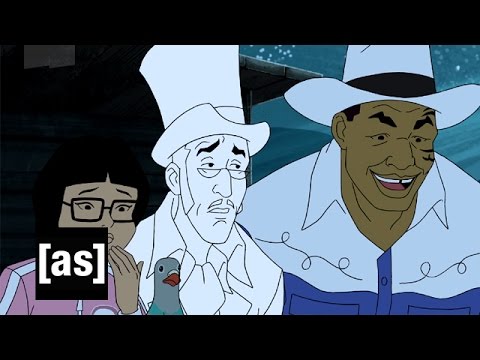 His style is impetuous. His defense is impregnable. He’s ferocious. He wants your heart. He wants to eat your children. And now, Mike Tyson has got his own cartoon show!

‘Mike Tyson Mysteries’ will feature the former champ in a half-hour adult animated series in the style of Ruby-Spears Saturday morning ‘Mr. T’ program from the ’80s.

It’s set to debut on [adult swim] in the fall, featuring the voice talents of Rachel Ramras, Jim Rash of ‘Community’ fame, Norm McDonald, and none other than Mike Tyson himself!