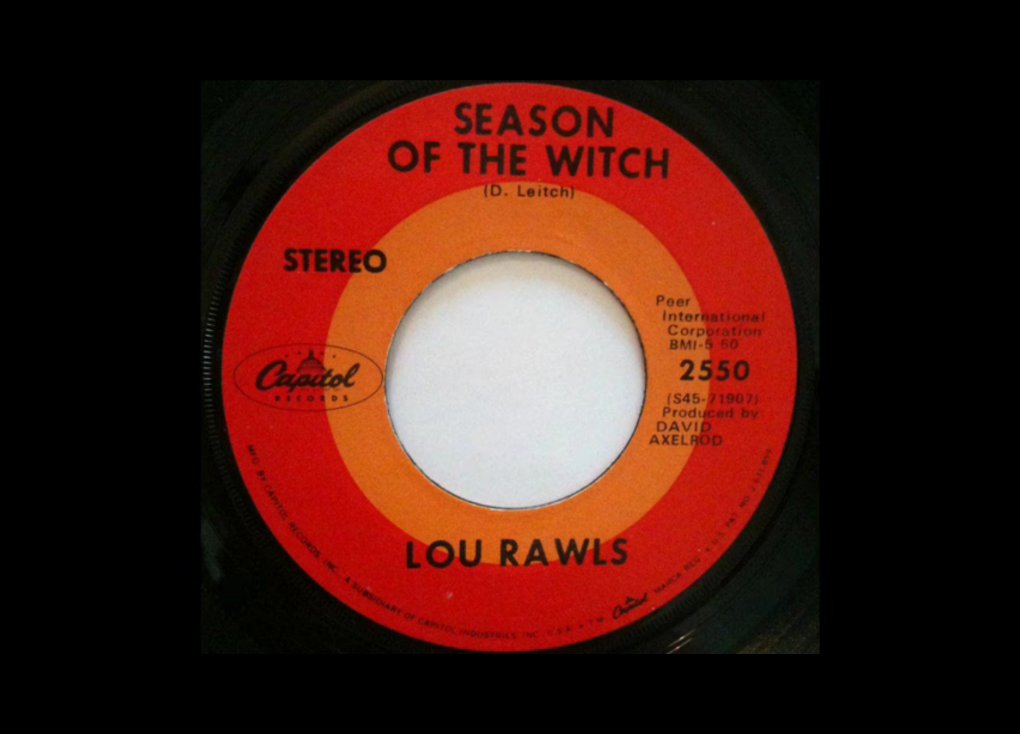 Our month-long tribute to “Season of the Witch” continues in this week’s Monday Magick with a 1969 cover courtesy of Soul crooner Lou Rawls. Known primarily for his sophisticated soulful Pop sides for Capitol and later Philadelphia International, “Season of the Witch” remains a standout in Lou Rawls catalog.

This version of Donovan’s classic, occult-leaning, composition, which appeared on Rawls’ ‘The Way it Was The Way it Is’ LP, is one of my personal favorites, due in no small part to the production acumen of Capitol Records’ studio wizard David Axelrod. His work here definitely favors the sort of Soul/Jazz fusion stuff he did for Cannonball Adderly at the label, but the psychedelic flourishes present certainly point to what he’d do later with The Electric Prunes, and as a solo artist.

Outside of this odd but oh-so-funky cover of “Season of the Witch” I’ve never known Rawls to have any overt connection with magick or the occult. While Axelrod certainly showed his own affinities for such matters as he delved into liturgical music and music inspired by the works of William Blake over the years.