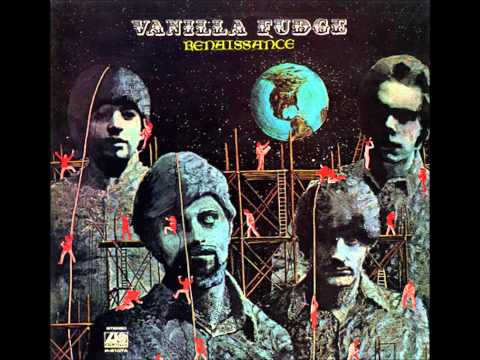 The fourth and final entry in Monday Magick’s month-long tribute to “Season of the Witch” comes to us via psychedelic cover band extraordinaire Vanilla Fudge. It was suggested by my co-worker Bruce, a record collector, raconteur, and 30+ year veteran of the firm where I’m currently employed. Interestingly enough, despite being another cover of a well known tune, it appeared on the first of their records to feature mostly original material, 1968’s ‘Renaissance’.

Like last week’s entry from Bloomfield, Kooper, and Stills, the Long Island-bred psyche-Rock crew’s take on “Season of the Witch” is lengthy, clocking in at almost eight minutes! It’s also one of the few genuinely creepy versions of the song I’ve heard, as the band’s signature psychedelic vibes take a turn for the paranoid. Slow and sparse, with creeping organs and ceremonial, almost call & response style vocals, replete with ranting, spoken word breakdowns, it feels druggy and esoteric, which honors both Donovan’s original intentions in writing the track, and the weird occult overtones it lends itself to so well.

Vanilla Fudge would go on to release two more studio albums after ‘Renaissance’ before breaking up just a year later. Various members of the group did go on to take part in other projects over the years.