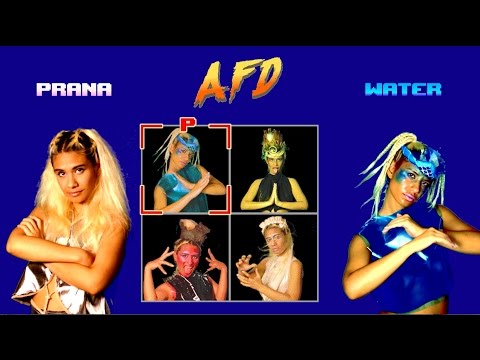 Leave it up to Brooklyn’s original Art-Rap goddess Bunny Michael to make a 90’s style Techno-Rap track about getting in touch with your “Holy Guardian Angel”.

The track in question, “A.F.D. (angel fucking dream)”, was produced by former Light Asylum member Bruno Coviello and is about “being in touch with your magic self” and “waking up from the dream of illusion”.

Yes, this song is on some serious “magick shit”.

As is the video, which also takes heavy inspiration from the classic ‘Street Fighter’ video game series.