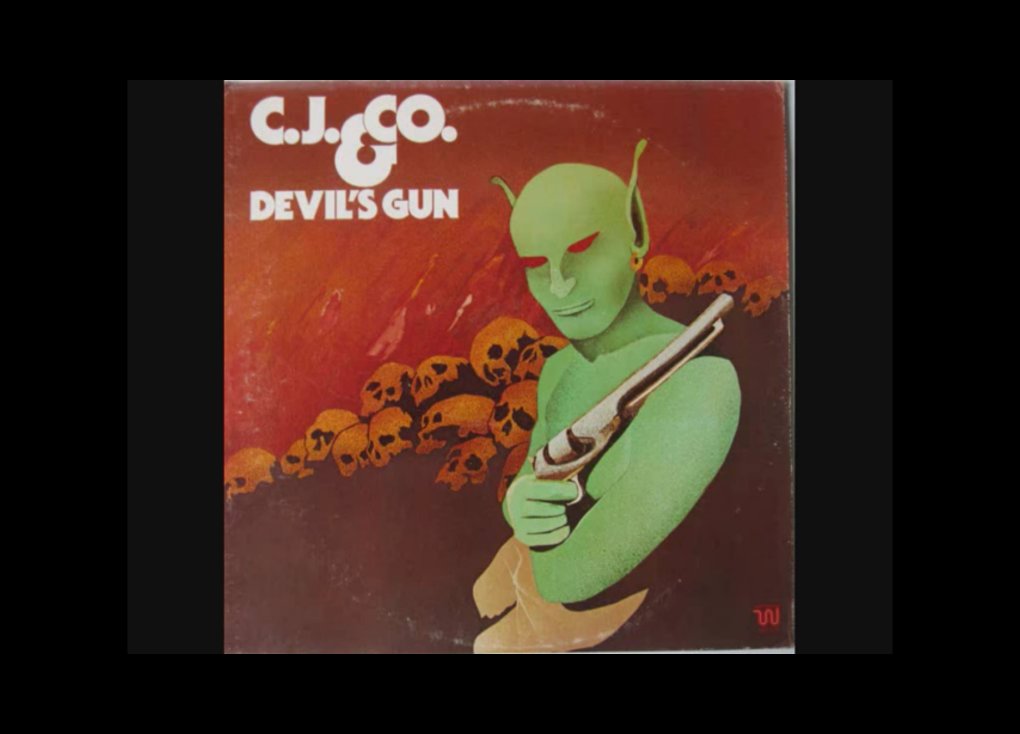 After an extended hiatus for the holidays Monday Magick is back with our first ever entry from the Disco era, C.J. & Co.’s certified Club Classic, “Devil’s Gun”. While not explicitly occult in content, any Soul, Funk, R&B, or Disco song that name-checks The Fallen One is certainly a rarity. This one even provided the title for the Detroit outfit’s full-length Westbound Records debut!

I personally became acquainted with the song because of the album, which my DJ partner Emeyesi purchased on one of our crate digging expeditions to a local flea-market. If memory serves, he bought the album because of the title and cover, which, with it’s pile of skulls and gun-toting alien/devil looks more like a Heavy Metal LP than a Disco record. We were both shocked when it turned out to be on Westbound, home of Funkadelic and the Ohio Players, produced by former Funk Brother Dennis Coffey and his partner Mike Theodore, and emblazoned with the familiar phrase “A Tom Moulton Mix”. As it turns out, the song itself was a pretty major hit during Disco’s heyday, and allegedly opened the legendary Studio 54 nightclub. It may not be all that devilish, but how’s that for hedonism?

The ‘Devil’s Gun’ LP also features “We Got Our Own Thing”, another certified Club Classic. 1978 found the five-piece releasing a sophomore LP titled ‘Deadeye Dick’ before disbanding a year later. Sadly, like many of their contemporaries, they seem to have faded into obscurity thereafter.