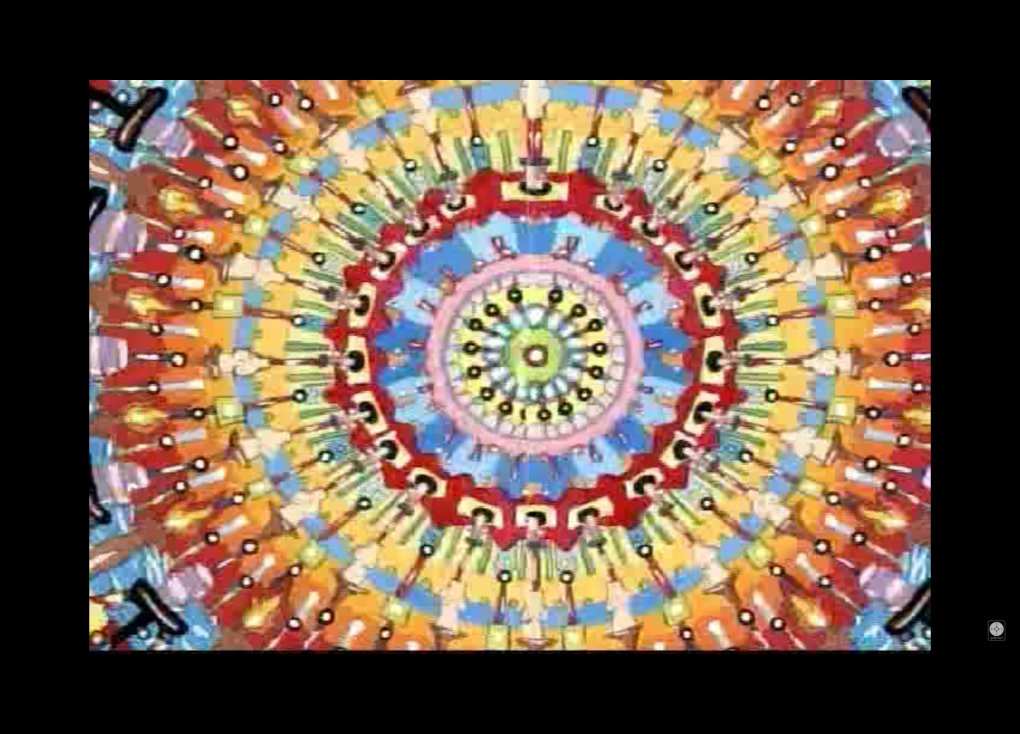 This week Monday Magick makes a grandiose return with a tune from one of my favorite bands, and one with the potential to make repeat appearances here, Athens, Georgia Indie-Pop collective of Montreal. Essentially a project showcasing the songwriting and musicianship of Kevin Barnes with a rotating cast of supporting characters, the band has undergone several permutations. The tune in question, “Gronlandic Edit” from 2007’s ‘Hissing Fauna, Are the Destroyer?’, came amidst a time of deep emotional upheaval on Barnes’ part. The song surely alludes to that distress while also addressing several deeper concepts to which Barnes returns to repeatedly throughout his career.

In my mind those “deeper concepts” I mention are intrinsically illuminist in nature, making “Gronlandic Editt” a fine candidate for discussion in a Monday Magick post. Sure, Barnes is dealing with relationship issues stemming from his coupling with Nina Twin, the birth of their daughter Alabee Blonde, an ever evolving identity crisis that would play out over his next few albums, and chemical imbalance. But when he expresses a tortured desire to personally experience the divine while simultaneously slagging traditional religions and their adherents I can’t help but hear someone reaching towards transcendental illumination. And when he goes on to describe a battle between the beauty of a personal religious experience brought down to Earth by the physics of the “real world” while also offering his assistance in breaking others out of the logogram cycle I hear someone who’s already experienced transcendental illumination. But then in the finale he questions himself and his ability to enlighten others by allowing his fans to experience the beauty of illumination through the simple act of performing his own music. Hunchbacks and soldiers all over!

As I mentioned above, Barnes traverses similar territory on both previous and subsequent of Montreal albums and I may highlight those songs in the future. He’s currently preparing the band’s 13th studio LP ‘Aureate Gloom’, which already sounds fantastic, and is due out on Polyvinyl Records on March 3rd.