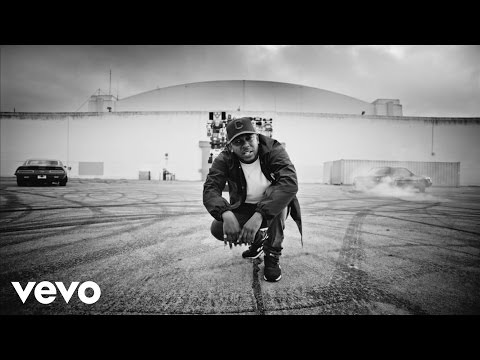 Some of the clunky G-Funk revival beats and neo-Soulquarian affectations (dude owes Common royalties for how influential ‘Like Water for Chocolate’ must’ve been on this record) on Kendrick’s ‘To Pimp a Butterfly’ were a little bit of a turnoff for me.

So was the tired anti-Luciferian moralist philosophizing present throughout the LP.

That said, there are several incredible moments on ‘…Butterfly’, with “Alright” unquestionably being one of them.

And the video, which juxtaposes slick, visual-FX-assisted fantasy elements and wry social commentary with a focus on the scourge of police violence which has particularly plagued the African American community for ages is absolutely beautiful.

“Alright” is one of my favorite cuts from Kendrick Lamar’s most recent LP ‘To Pimp a Butterfly’, in stores now via Top Dawg Entertainment.