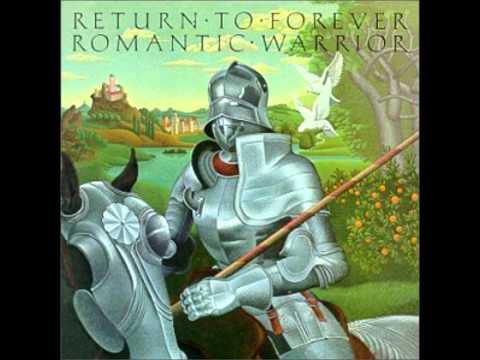 I’m feeling a little off this week and really just needed to spend some time after work relaxing and vibing out. So when it came time to pick this week’s Monday Magick entry I went looking for something that sounded smooth over something with in-your-face occult qualities. Ultimately I chose “Sorceress”, a magically-titled instrumental jam from Jazz-Fusion pioneers Return to Forerver’s 1976 LP ‘Romantic Warrior’.

After the release of ‘Romantic Warrior’, the band’s sixth studio LP, Corea and Clarke released one more LP as Return to Forever without White and Di Meola. Most of the players affiliated with the band through the years went on on to great success with other projects. The core members, Corea, Clarke, White, and Di Meola, did eventually reunite for the album ‘Forever’ in 2011.