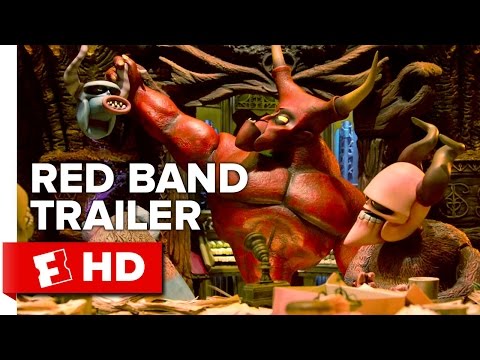 ‘Hell and Back’, a new R-rated stop-motion animated comedy/horror flick from ShadowMachine (the studio behind ‘BoJack Horseman’ and several Adult Swim shows) looks kinda like ‘A Nightmare Before Christmas’ if it were made by those ‘Robot Chicken’ dudes*.

My ticket is already bought!

Or, it would be if it were playing anywhere near me.

* I know, ShadowMachine are those ‘Robot Chicken’ dudes.