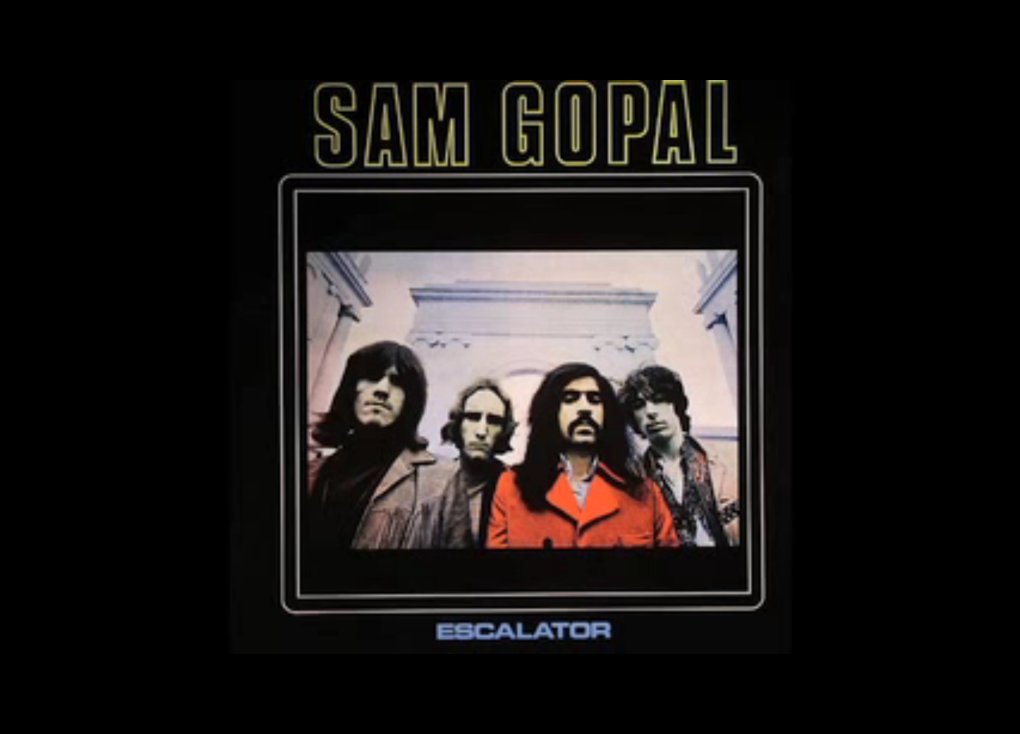 The penultimate entry in Monday Magick’s October-long tribute to Donovan’s “Season of the Witch” is here! This week we bring you a version of the classic tune cut by British Psychedelic outfit Sam Gopal for their 1969 LP ‘Escalator’.

If you’ve never heard of Sam Gopal you can be forgiven, as the freaky four-piece named for it’s Malaysian-born tabla-playing founder wasn’t exactly a household name. That said, the band did feature Ian Williams, perhaps better known as Lemmy Kilmister of Hawkwind and Motörhead fame, on vocal and lead guitar. In fact, it’s Lemmy who provides the surprisingly soul-inflected vocals on their cover of “Season of the Witch”. Their version is remarkable for it’s stripped down sound, comprised of fuzz-bass, jangling guitar, the aforementioned tablas, and Gospel-inspired female background vocals. It’s even more remarkable for the stone groove the band falls into whenever the drums drop in. The vocal from Lemmy, unorthodox arrangement, and outstanding bass work from Phil Duke, really do help set this version of the tune apart.

‘Escalator’ was the only record released by this line-up of Sam Gopal, but a version of the band featuring different personnel released an album, ‘Father Mucker’, in 1999. As mentioned above, Lemmy went on to play bass in Hawkwind, found Motörhead, collect Nazi memorabilia, and drink a lot of alcohol.