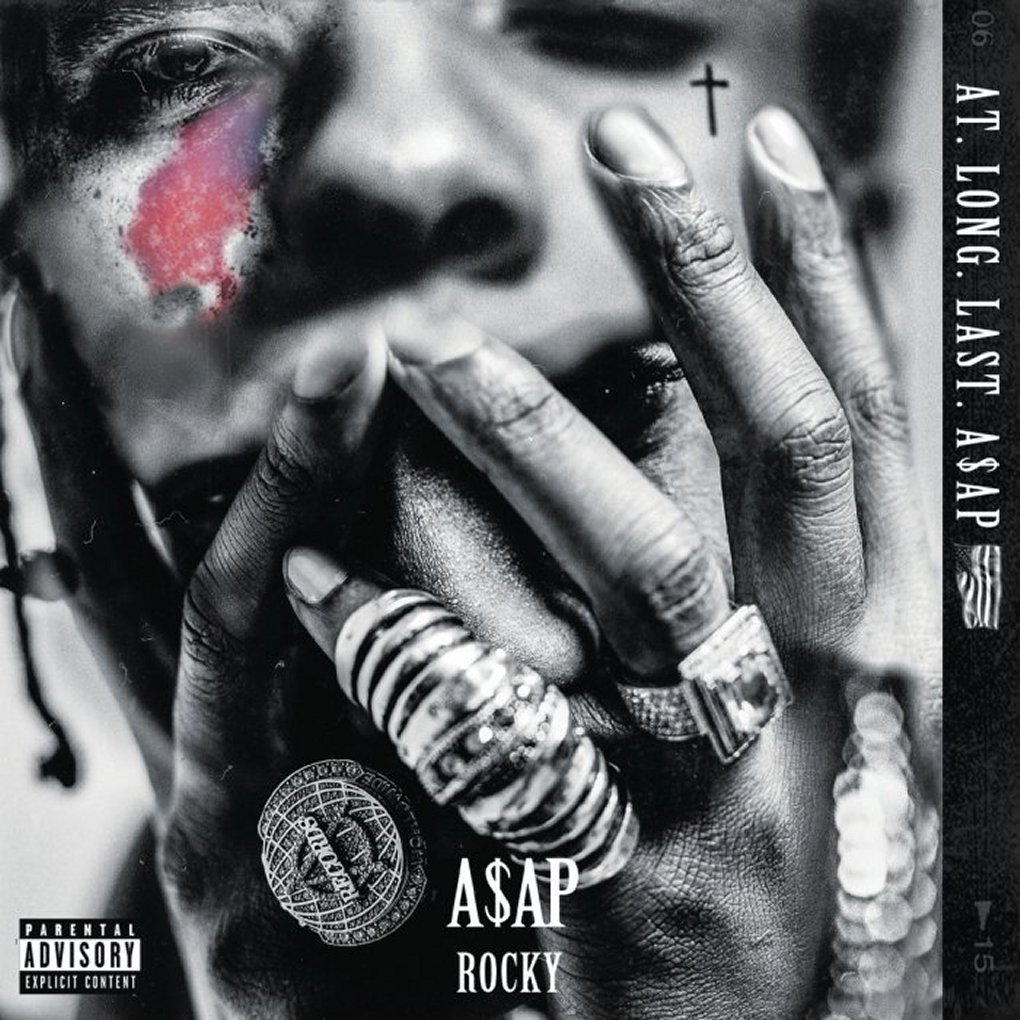 A lot of dope records dropped in 2015. I had a ton of stuff to listen to on the job this year. I also shared a bunch of that stuff with you throughout the year on my podcast. But in an effort to keep things simple, I’ve cut my “Best of 2015” list down to my two favorite records of the year. I’ve also included a simple but comprehensive list of the rest of my favorites at the end of this post. So without further ado, these are my favorite records of 2015! 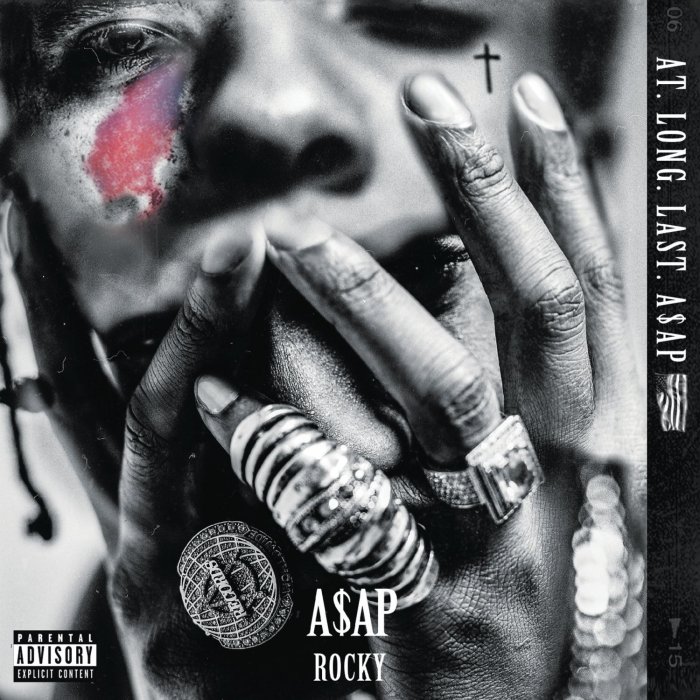 A$AP ROCKY ‘At. Long. Last. A$AP’ RCA
2015 saw the release of an impressive number of extremely fresh high profile Rap recordings. Everybody lost their shit over Kendrick Lamar’s ‘To Pimp a Butterfly’, though I was personally more impressed with Tyler, The Creator’s ‘Cherry Bomb’ and Action Bronson’s ‘Mr. Wonderful’ myself. Even more than those three heavy hitters, or any of the other dope albums that dropped this year, the record that got the most burn from me was ‘At. Long. Last. A$AP’, the second studio LP from New York rapper A$AP Rocky. ‘At. Long. Last. A$AP’ was not an album I was anticipating at the beginning of 2015. The first single “Lord Pretty Flacko Jodye 2 (LPFJ2)” was out, and I was aware A$AP was preparing to release another full-length, but it just wasn’t something that I had high expectations for. Hearing that Rocky had collaborated with aging pop-star Rod Stewart—which gave me visions of Bone Thugs-N-Harmony and Phil Collins lackluster cover of “Take Me Home” several years back—did nothing to increase my excitement. So, you can imagine how much of a surprise it was when this album leaked come Spring and immediately took over total control of my media player. I was flabbergasted. To put it simply, ‘At. Long. Last. A$AP’ was so much doper than it had any right being! First and foremost the quality of the production—which relied heavily on creative sampling and traditional East Coast breaks to accentuate its more experimental instrumental flourishes while still being rooted in Rocky’s signature Houston-influenced sound—stood out markedly from that found on the the majority of contemporary commercial Hip-Hop releases. Even “Everyday”—the aforementioned Rod Stewart joint—ended up being based on a haunting vocal sample of one of Stewart’s lesser-known releases coupled with an original interpolation of the same from guest vocalist Miguel rather than a decrepit Stewart having been dragged out of retirement to half-heartedly croak the lyrics over a Rap beat. And speaking of guest vocalists, all the cameos—from the likes of M.I.A., ScHoolboy Q, Kanye West, Juicy J, Lil Wayne, UGK, and a reinvigorated Mos Def, among others—were outstanding, not the least of which being the string of knockout performances from chameleon-like singer Joe Fox—a heretofore unknown—who lent his atmospheric harmonizing throughout the LP. Lyrically Rocky held his own against that impressive list of collaborators, dropping street-savvy snaps, clever couplets and ballsy braggadocio with a druggy demeanor while also offering some surprisingly prescient social commentary and an astounding amount of personal introspection. He may not be as deft a wordsmith as his namesake—the “God” Rakim—but the maturity and growth he exhibited as an emcee and an artist in general on ‘A.L.L.A’ was impressive. More than anything though, it was the hazily hallucinogenic psychedelic quality of the album as whole which made it the sort of record that was so easy and comforting to return to and immerse oneself in from beginning to end over and over again. Despite not really checking for it when the year began I ended up listening to ‘At. Long. Last. A$AP’ far more—perhaps hundreds of times—than any other record released in 2015. And you can bet I’ll be looking forward to what Rocky and his crew have in store for the future. 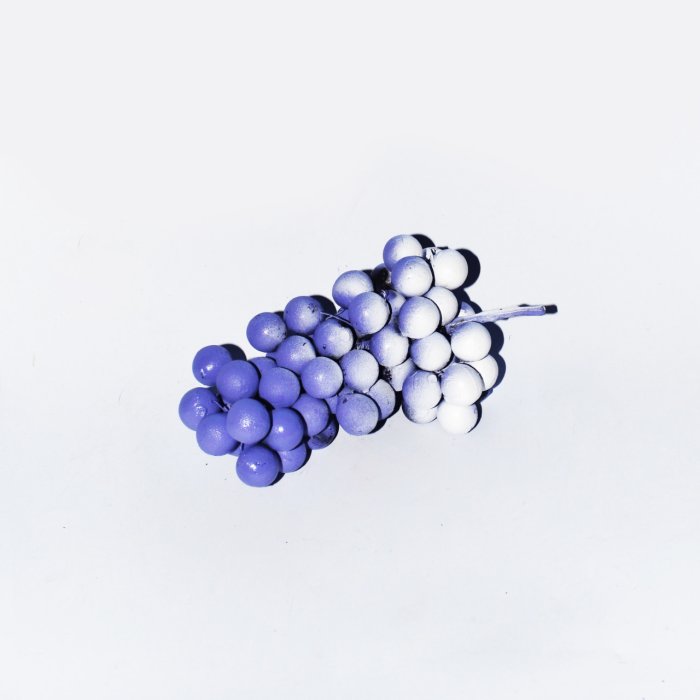 HOT SUGAR ‘God’s Hand’ Break World
It’s not often that Hip-Hop, or even Electronic music for that matter, is described as “beautiful”. But that was precisely my reaction to ‘God’s Hand’, the debut LP from New York-based producer and musician Nick Koenig, better known as Hot Sugar. Until then I’d known Hot Sugar for producing a handful of memorable tracks for the likes of Open Mike Eagle, Lakutis, The Roots, and a whole host of other underground stalwarts, and dropping a series of EPs and mixtapes, all in a musique concrète style that mixes found sounds and manipulated snippets of atmospheric acoustics with heavy Hip-Hop style programming. His beats were dope. They knocked. But I wouldn’t call them “beautiful” per-se. ‘God’s Hand’ changed all that. More than your average collection of beats that just don’t have rapping or singing on them the compositions on ‘God’s Hand’ were songs. Real, honest to God, songs. Yes, they thump. But they’re built differently. There’s actual melody in these beats. Such delicate, gorgeous, haunting melody. This is music. Beautiful, music. Music that is subtle and emotional, even dramatic, in its own way. Yes, it’s Electronic Music. But it’s not EDM. These aren’t “bangers”. They’re not intended to make you “rage”. There’s no bombast. There is no “drop”. There is however something very reminiscent of the soundtrack work of filmmaker/musician John Carpenter, or the musical output of filmmaker/musician David Lynch, not to mention the music he’s been known to use in his visual work—most notably ‘Twin Peaks’—in these songs. There’s also a sense of nostalgia that hearkens back to the spirit of the Rock and Pop music of the 1950’s. An era when the sound of early vinyl classics like “Blue Velvet”, “I Only Have Eyes for You”, and especially “Sleepwalk”—a guitar-centered instrumental I’ve long touted as the best popular music recording of all time—emanated from car radio speakers, jukeboxes, and transistor radios in all their low-fidelity, monaural glory. And while it may seem the most unlikely of places to find it, that spirit not only survives, but lives and thrives in the layered instrumental beats heard on ‘God’s Hand’. This is music. Beautiful music.