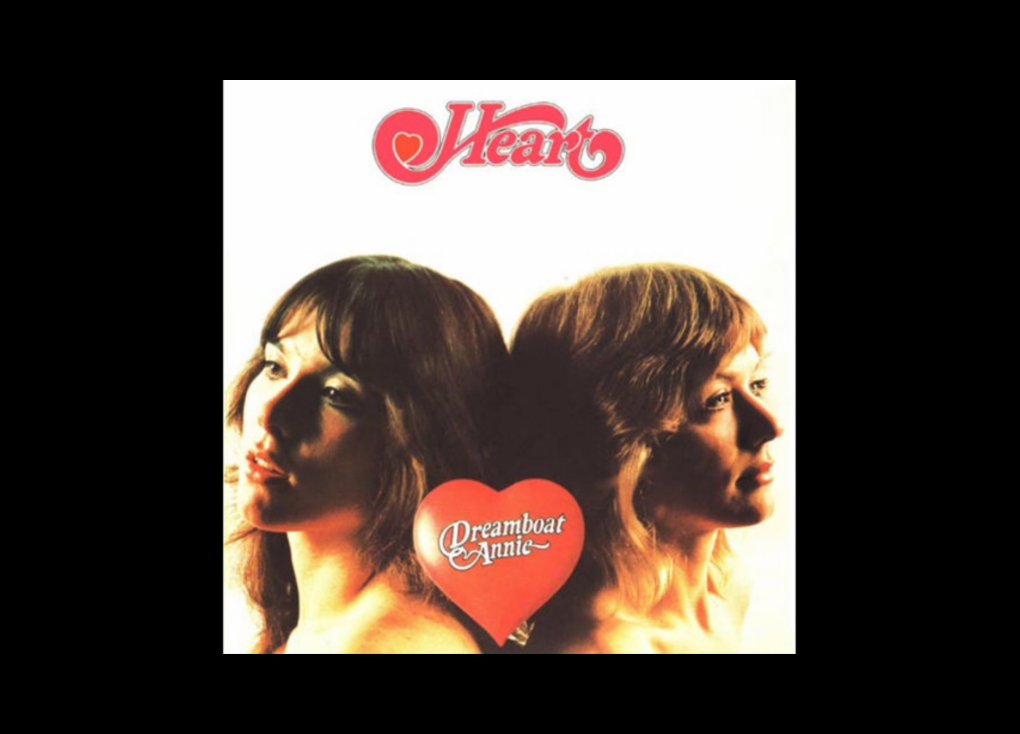 Lots of wild shit has been going down in the magickal realm of Imageyenation lately. Understandably, every one of these events has inspired a recent Monday Magick post in some way, and this week is going to be no different. Most recently I’ve undertaken the education and initiation of a young friend in the practice of my own unique brand of Left Hand magick, which has gotten a whole bunch of weird energy flying around. I’ve also started a new day gig where I’m forced to listen to Classic Rock radio rather than choose my own background sounds as I’ve been able to do previously. These conspicuous goings on have, understandably, made me want to take a brief listen to the ’70s Rock chestnut “Magic Man” from Heart’s 1976 debut album ‘Dreamboat Annie’.

Fronted by sisters Ann and Nancy Wilson, Heart was one of the few female acts to make it big in the world of Hard Rock during the 1970’s. As such they were in a unique position to write and perform songs that reflected and spoke to the perspective of a certain rough-n-tumble post-sexual-revolution womanhood. The propulsive, chugging “Magic Man”, which tells the story of a rebellious young woman taken in by a svengali-like older man who leads her—her pious and maybe a little prudish mother thinks—astray, is just one of those songs. It’s an ages old story—repeated in countless legends, fairy and folk-tales, The Pied Piper, and Arthur Machen’s ‘The Great God Pan’ among them—of familial strife, and offspring taken and somehow “changed” at the hand of a freaky outsider. Is it merely sexual? Or is there something more nefarious (the phrase “let’s get high awhile” is used) or dare I say diabolical afoot? Over and over again the strange and powerful interloper is referred to as a “magic man”. And while he is also described as having “magic hands”, which could be a nod to his perceived sexual prowess, he could easily be exposing the sweet young narrator to candles, goats blood, black masses or even the debauched rituals of sexual magick! Anything was possible in those years between the free-love and new-age-y Aquarian era of the ’60s and the ’80s which saw a return of McCarthy-style conservative politics and the rise of the anti-occult “Satanic panic”. Sure, the song could just be about a horny young girl, but it could also be about a young girl who’s horny for the guy with horns, if ya know what I mean?

‘Dreamboat Annie’ was Heart’s debut album which produced another Classic Rock radio staple, “Crazy on You”. Apparently the promotion for the album led to certain folks believing Ann and Nancy were involved in an incestuous lesbian relationship. One run-in with a media personality who brought up the non-existent affair inspired another of the band’s biggest hits, “Barracuda”, the first single from their sophomore LP. Heart was still a pretty big deal during the Satanic panic era, but their career cooled off after that. All indications are that they’re still active, recording and touring.