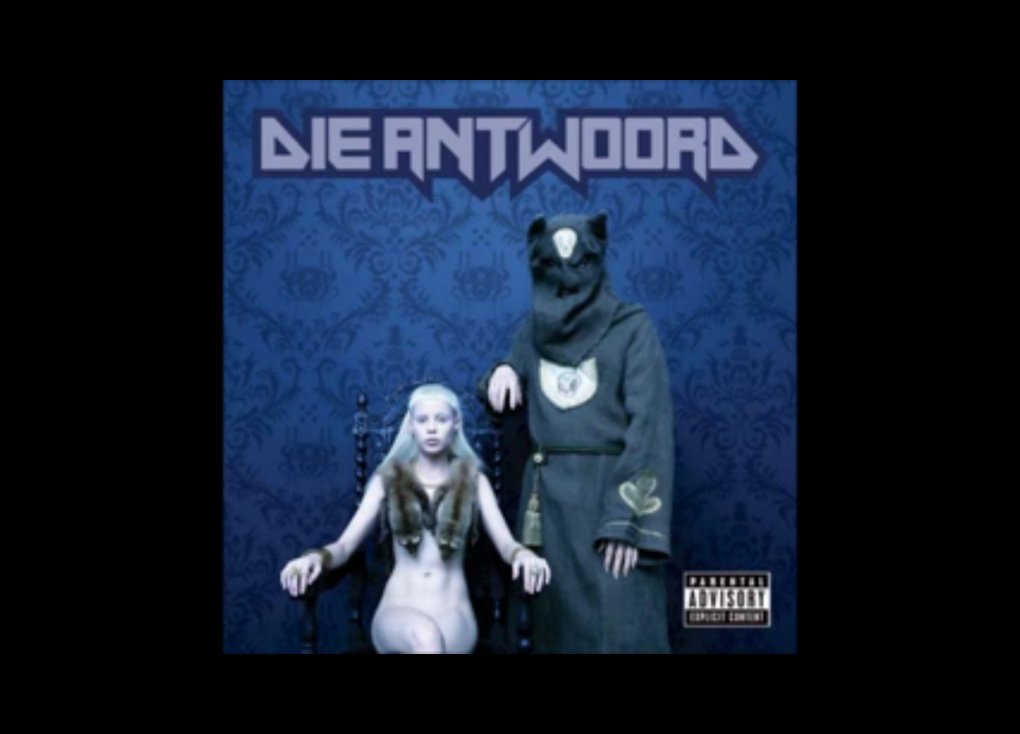 After no entry last week and a lightweight entry the week before Monday Magick is back on that hard shit. And I mean hard as in “challenging” and “tumescent”. The magickal mastubatory fantasy we’ll be exploring this week is titled “Beat Boy” and comes courtesy of South Afrikan Hip-Hop trio-cum-performance art project Die Antwoord and their 2009 debut ‘$O$’.

As Rap tracks go, “Beat Boy” is long. It clocks in at over eight minutes in length. It’s also extremely explicit, incredibly weird, and undeniably infused with occult ideas. Allegedly inspired by ‘Angel Claws’, an erotic comic created by writer, director & occultist Alejandro Jodorowsky and celebrated artist Jean “Mœbius” Giraud, the lyrics offer up an increasingly surreal series of intricate sexual scenarios. At first it doesn’t seem all that different from any other foul-mouthed sex-Rap committed to a recording medium over the years. But it quickly becomes clear that the verses on “Beat Boy” are not your normal beat-the-pussy-up rhymes. Things take a turn for the weird when group frontman Ninja mentions third-eyes and violet skies, but the minute the subject of menstrual blood comes up and tentacles sprout from his face you know there’s no going back to “normal”. The several minutes that follow feature all manner of sexual “perversion”, including bondage, sadomasochism, group sex, possible rape, bloody violence, genital mutilation, several fetishes, and homosexuality. And through it all, the subject of transformation, both mental and physical—including changes back and forth between gender and ultimately species—looms large. What is being described isn’t simply debauched sex, but an occult working, an alchemical ritual that uses sex to fuel the literal transmutation of matter into something new and different. As the song progresses it becomes clear that reality itself is malleable and the sexual rites being performed by the characters in the song are the catalyst for their transformation. During my tenure writing this column I’ve discussed the concepts of sex magick and alchemy with some frequency, but in that time I’ve never encountered a song that encapsulates the transgressive spirit and transformative power behind those traditions as thoroughly and strikingly as “Beat Boy”. Oh, and it’s got a funky beat, and you can dance to it.

Group members Ninja, Yolandi, and DJ Hi-Tek have released two albums, two EPs, and a mixtape since ‘$O$’ dropped back in 2009. Their most recent project, the ‘Suck on This’ mixtape, was made available for download in May of this year. They’re said to be preparing their fourth LP, ‘We Have Candy’, for release soon.