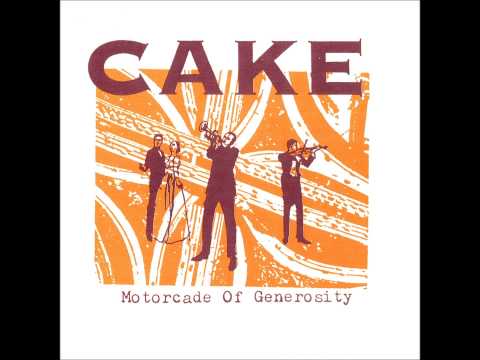 Sorry to say it, but there will be no revelation of deep esoteric wisdom in this week’s entry in our Monday Magick series. The only thing this week’s feature, “Pentagram” from Cake’s 1994 debut album ‘Motorcade of Generosity’, has to offer is good old fashioned goofy fun!

A throwback to the “real” Country sound of the ’50s and ’60s, with melodramatic organ stabs accentuating the down-home sound, “Pentagram” is a hoedown of unholiness. The lyrics turn the standard Country tropes regarding love on their head, transforming the normal narrative about attraction and heartbreak into a story of devotion and sacrifice of a completely different kind. There are pentagrams, naked bodies shimmering under “sacrificial light”, and feet kicking up “the ashes of dead babies” while “dancing and chanting” at this barn dance. And the narrator’s obsession ends with his heart under the knife of a seeming Satanic sacrifice rather than in the cruel hands of his paramour. But then maybe the two are one and the same in this instance?

Cake released five albums since dropping ‘Motorcade of Generosity’, scoring hits with songs like “Never There” and “Short Skirt/Long Jacket” along the way. The Sacramento, California-bred outfit released their most recent LP, ‘Showroom of Compassion’, in 2011.