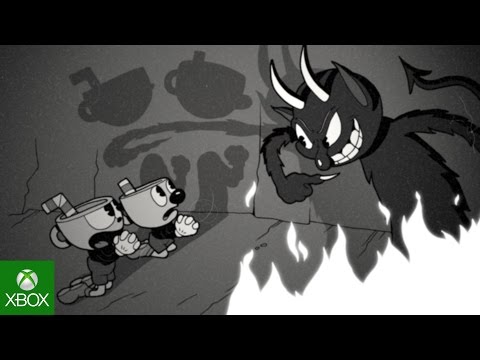 I don’t own a Microsoft XBOX, and I don’t want to.  But for the first time ever a game designed for the platform kind of makes me wish I had one. That game is ‘Cuphead’, an indie platformer hand-animated in a style intended to evoke the aesthetic of 1930’s cartoons!  It looks absolutely gorgeous, and like a ton of fun!  And did I mention the game’s plot involves a quest initiated at the behest of The Devil?  Oh, yeah!

‘Cuphead‘ was announced a couple of years back with a projected release date some time in 2016.  We’re creeping up on the end of the year now and it still isn’t out.  Is there still time for game developer Studio MDHR to get their shit together and release this thing on PlayStation4?