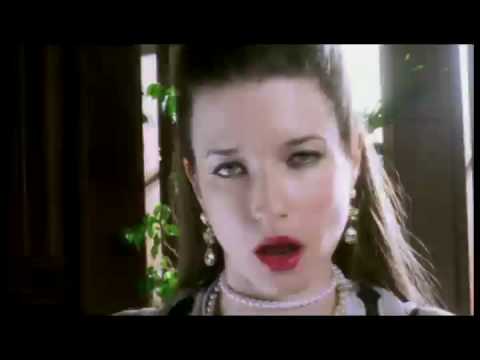 Yes it’s been months since I posted a new Monday Magick entry.  Yes I’m sorry for going away for so long.  But my private life has been a mess, and Donald Trump won the presidency, which taken together has sucked a lot of the magick out of my day to day life.  So it’s been necessary to take a break.  To be perfectly honest I don’t know if I’m truly ready to be back.  But I’d like to feel engaged in something! So here I am.  I promise to refrain from any heavy lifting, philosophically speaking, while I re-find my footing.

To that end I present this week’s feature “Hear My Name” a 2004 club banger by Boston-bred DJ and producer Armand Van Helden featuring New York-based duo Spalding Rockwell on vocals that I recently described as “that time Electroclash and Filter-House had a baby”.  If this seems like an unusual choice for a Monday Magick feature…Well, you probably haven’t been paying close attention to what it is I do here…And calm down because I’m way ahead of you!  This is going to be one of those times where I will a song to have meaning that you probably didn’t hear or expect to find…Almost as if by magick or something.  See what I did there?

At first listen the lyrics, courtesy of Spalding Rockwell’s Mary Louise “ML” Platt and Nicole “Nikki” Lombardi, seem like the sort of innocuously sexy but meaningless pseudo-sultry blather that has graced countless Disco tunes since Donna Summer moaned her way to fame on “Love to Love You Baby” back in the day. But there is more to these lyrics than meets the eye or ear.  Much more.  I came to this realization a few weeks ago when in a fit of nostalgia I shared the video on Facebook with the caveat that “I could write alchemical aesegesis on this, but I’m not gonna”.  After adding the song to my at-work playlist and hearing it a few hundred times since I changed my mind on the “not gonna” part.

So what am I hearing here?  Why nothing less than the voice of the goddess of “the end times” herself, Babalon of course!  I said “an alchemical aesegesis” and alchemy, most specifically the journey of the alchemist from a neophyte searching a pain-filled world for higher initiation all the way through to the call from the goddess who unravels creation and reveals the secrets of oblivion and the rapturous bliss of the moment before anything existed, is encoded here between the lines of the song and even in the imagery of the accompanying video! I will be quoting the admittedly scant lyrics of the song and offering explanatory commentary as we explore the surprising narrative.

“You’ve been through it all” the Goddess says knowingly, adding reassuringly that “Nothing has to change”.  “Take it all – the pain in me” the initiate responds, while cautiously wondering “But what if that’s all there is?”  So they welcome her, even though the prospect of her, and of failing at “the work”, is frightening, and begin to recognize that he or she actually desires change, or transformation.  This is clearly an allusion to the alchemical motto “Solve et Coagula”.  A metamorphosis will come! And the initiate welcomes it. The next few lines allude to going “all the way”, a clear euphemism for the explosive sexual power at the heart of the alchemical process, as well as creation and un-creation itself.

The following couple of lines come off slightly confused as if the initiate’s reality is unfurling and they’re losing themselves (a touch of  liminility, or a blending of psyches perhaps?) but seem to indicate the Goddess questioning their intentions.  Is she all that exists in their heart?  Or are they agape at the revelation that they are all that exists in hers?  Perhaps both? But the confusion doesn’t matter because “it’s just” her “age”.  And yes, I get the sense that she means “age” in the sense of an “aeon”, a time, or even a place, where she rules.  A place between places.  Where male and female become one. Where identity, psyche, and physicality melt together. This is the place where un-creation happens!

“Here my mind is empty” the initiate calls! The liminal state, bliss, nirvana, ego-death, enlightenment, illumination, nothingness, has been attained! “Oh nobody comes away” the Goddess warns. Here is death! Obliteration! Un-creation! “Here time is ending” they both acknowledge! This moment is both beginning and end. Alpha and Omega! Creation and destruction! Solve et Coagula. And thus finally the initiate declares “Here I’m gonna stay”. This is home. This is rest. This is joy.  Bliss.  This is the calm of oblivion and the excitement of the potential of all created. This is where I have wanted to be since the moment I was born and now I’m finally here! I have no intention of leaving!

But the chorus is another call. The call of the ultimate transformation. The transformation of not just the individual, but of all. “Hear my name” the Goddess commands before asking slyly “Doesn’t anybody want to play?” The Goddess, Babalon, The Scarlet Woman, The Mother of Abominations, desires to know us all. She wants to play. And ultimately the initiate hopes to share their joy and bliss with mankind as well. To spark the much discussed “paradigm shift” that will kickstart an evolution of consciousness in the entire human race and quite literally “immanentize the eschaton”. “Doesn’t anybody want to play” the initiate asks, answering the question of the next seeker who wonders “Can anybody find a way?”

The song’s bridge delves into strictly sensual territory.  With the Goddess commanding “Say my name now baby…Loud and clear…Say my name now baby…Say it so I can hear your voice” like both an inflamed lover demanding to know “who’s your daddy” and a deity demanding worshipful acknowledgement. The “reality” is that the two seemingly divergent things are one and the same. She is “daddy”. She is the “mother” that people call to at death. She is death! She is creation! She is sex! She is magick! She is the tantrikas, or the deities they represent, fucking on a pile of corpses! And when we’re with her so are we! We’re the corpses too! Say her name!  Say it loud!

This transgressive sexuality, which can be so intrinsic to Tantra, Alchemy, and transcendental illumination, is further alluded to in the stylish video clip made to promote the song. In the video “ML” and “Nikki” are depicted as femme-doms living a decadent lifestyle in a stately mansion where people literally line up to be dominated and abused by them. The form of abuse depicted throughout the video is a simple spanking. Sometimes over the knee, and at other times not. As previously mentioned the Goddess Babalon is a “mother”, and the “motherly kindness” and discipline implicit in this most parental of sadomasochistic punishments probably doesn’t need much elucidating.

“Hear My Name” first saw release on Armen Van Helden’s ‘New York: A Mix Odyssey’, a DJ mix that was released by Tommy Boy Records in 2004. It also appeared on his 2005 album ‘Nympho’. He remains one of the more respected disc jockeys and producers working in the House music milieu. Spalding Rockwell independently released an album, titled ‘Kate’, in 2004. I’m not sure what they’re up to these days.