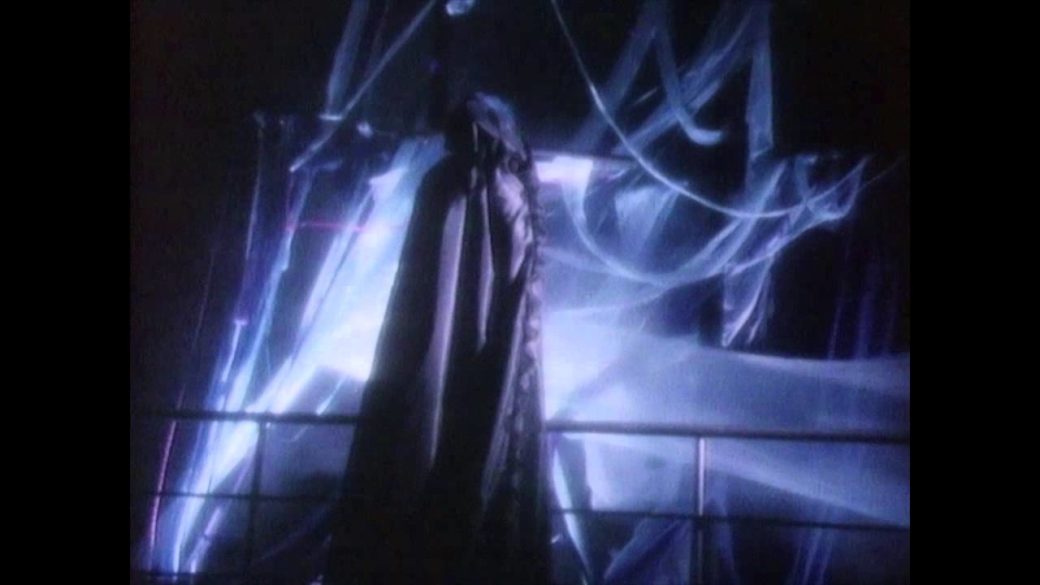 With today’s post Monday Magick is officially back to semi-regularity! I am still feeling a little unsteady on my feet at this point. So despite last week’s rather hardcore vivisection of a seemingly innocuous entry I have every intention of taking it easy this week. I’m not gonna be going out of my way to push any external meaning onto this week’s entry, “The Killing Moon”, a 1984 single from Gothic Post-Punk band Echo & the Bunnymen, I promise. And I’m actually prepared to admit that the song’s connection to anything magickal or occult is tenuous at best.

That said, “The Killing Moon”, a seminal Alt-Rock track that has become something of a standard within the Goth subculture, is decidedly “dark” and “spooky”. It was used to great effect in creepy indie Sci-Fi flick ‘Donnie Darko’ at the dawn of the aughts, which is probably where a lot of younger folks became familiar with it. And with its vaguely macabre but poetic lyrics about the night sky and repeated allusions to death the song has been ripe for interpretation, or misinterpretation, for the last few decades at least!

Bunnymen frontman Ian McCulloch has insisted in interviews that the song came to him in a dream almost as if by divine inspiration. He’s likened it to “a psalm” or “hymn”, claiming it “contains the answer to the meaning of life” and that it’s “about everything, from birth to death to eternity and God – whatever that is – and the eternal battle between fate and the human will”. That’s an awful lot for one song! It also sounds an awful lot like the sort of subject matter I often discuss here on Monday Magick! And as you probably already expected “fate and the human will” are of particular interest to me.

As McCulloch tells it he awoke from a dream one morning with the lyrics “Fate up against your will” stuck in his head. “The Will” or one’s “True Will” as a magickal concept is a subject I’ve discussed at length in this space. And I’ve long been struck by this aspect of “The Killing Moon”. While some have listened to the song and heard hints of forbidden love and others have imagined bloody cult murders I hear echoes of the traditions of Thelema and the life of the magician who sets themself and their will to affect change on the world against the universe, the moon, the stars, not to mention fate, and even death itself!

What does the magician do after all but tempt fate, even to he point of risking life, limb, and the cruel kiss of death by believing in the power of their will above all else? That McColluch would entwine the will with fate, death, and his idea of “God”, presented as a lover offering an embrace and a kiss, with imagery of the starlit vault of the nighttime sky adorned by the moon (an image literally pregnant with meaning to occultists, alchemists, and Tantrists) and “hung with jewels” goes even further towards blanketing the mise en scène of “The Killing Moon” with a fog of magick. And for once I don’t feel as if my interpretation of what it all means is too far of the mark of what he intended when he wrote it!

“The Killing Moon” single was taken from Echo & the Bunnymen’s fourth full length album ‘Ocean Rain’, which was released in 1984. They went on to release eight additional albums, utilizing different personnel, culminating with 2014’s ‘Meteorites’. Their current lineup, sans members who have sadly passed, remains active.