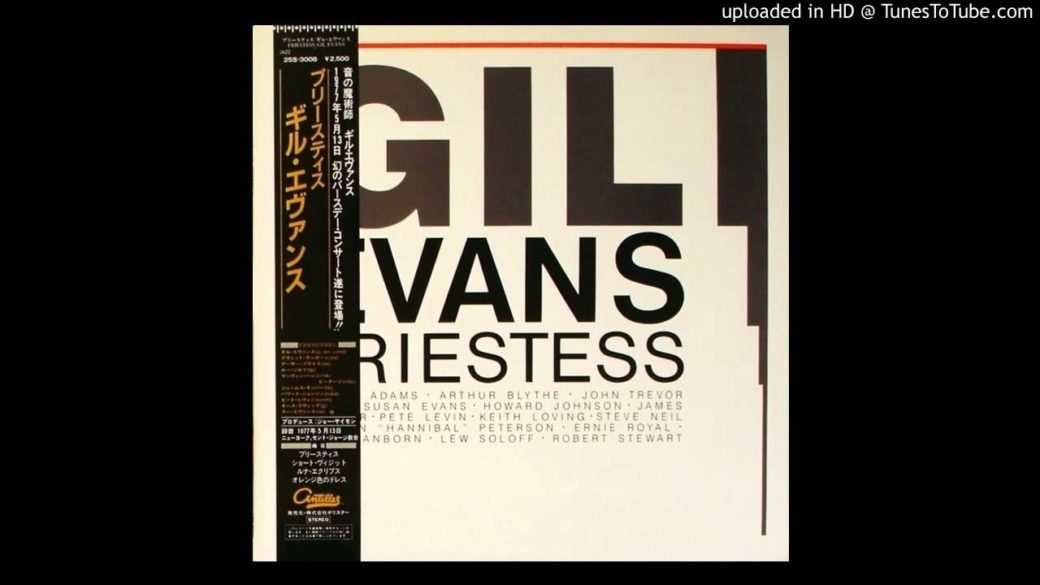 This week’s Monday Magick entry, like many before it, is inspired by events that are currently occurring in my life. Recently, lacking a magickal partner and feeling as if I’m not practicing my magick to its fullest potential, I was struck by the desire to convert part of my home into ritual space. I’ve never been big into “ceremonial magick” or neo-paganism per-se but I feel the need to actively practice some form of magick and get back to the “old religion” in a tangible way.

This need to return to a more grounded form of “witchcraft” and feel more directly connected to the power at the center of the universe entails building a dedicated altar space and engaging in rituals designed to commune directly with the Goddess who is the object of all affections. To that end I began collecting items intended for inclusion on this altar last week.  And “Priestess”, a musical celebration of divine femininity and classical paganism recorded by Canadian Jazz pianist, arranger, and bandleader Gil Evans seemed a near perfect soundtrack for just such activities.

Recorded live in concert as a languid 20-minute-long suite by an all-star collection of musicians the Billy Harper-penned “Priestess” is orchestral Jazz-Fusion incorporating elements of Prog-Rock, Funk, World Music, and even Reggae in a manner not dissimilar to the Neo-Big-Band style of Weather Report. Utilizing a melange of synthesizers and brass instruments along with a sinuous and perhaps slightly sinister bassline the song is eerie and otherworldly from the start. But as it builds and more instruments are added to the mix the song quickly takes on a tenor of drama and majesty.  This is tempered by the playful vamping and soloing, delivered over funky chicken-scratch guitars and bluesy piano tinkling, that make up much of the tune’s remainder.  It’s by turns whimsical, etheric, sensual, and triumphal, all feelings that you might expect a song with a title like “Priestess” might evoke.

Though Evans and company put it to tape in 1977 “Priestess” wasn’t released until 1983 when it was presented as the centerpiece of an album of the same name via the Antilles Records label. ‘Priestess’ is just one of well over 30 LPs Evans produced as an artist in his own right (not to mention his work as an arranger for other artists) over a four decade career.  He passed away due to complications related to an abdominal malady in 1988 at the age of 75.