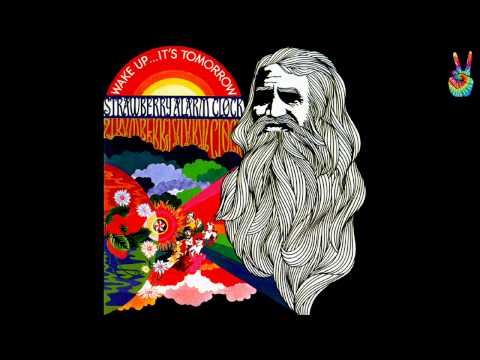 I fully intended to make today’s featured song the first post after our month-long celebration of Donovan’s “Season of the Witch” last week, but sadly I just wasn’t feeling up to it. Thankfully another week presents me with another Monday and I’m feeling in the mood to share some Monday Magick in the form of “Curse of the Witch” from Los Angeles Psych-Pop outfit the Strawberry Alarm Clock’s 1968 sophomore LP ‘Wake Up…It’s Tomorrow’.

I’ve featured a lot of weird songs here on Monday Magick, but “Curse of the Witch” is undoubtedly one of the weirdest to date. The song tells the very straightforward story of a man whose family is cursed by witches during the Puritan era only to have his own daughter accused of witchcraft and burned at the stake and his wife wish for death in her grief. This would normally be weird enough. But it’s all delivered in an almost madrigal-like manner via the sort of multi-layered vocal harmonies one might expect from the likes of the Beach Boys or The Association over a track that alternates between fuzzy Acid-Rock grooves, bubbly Jazz-inspired runs, and freaky film score-style orchestration. It’s lounge-y but baroque, like The Classics IV mashed up with The Electric Prunes. Like I said, it’s weird. Beautiful, and strangely “poppy”, but weird.

After ‘Wake Up…’ the Alarm Clock went through several lineup changes and released a few more albums through the end of the ’60s. Steve Bartek, the group’s flutist, went on to join Danny Elfman’s band Oingo Boingo and assisted in his orchestral work for films. An incarnation of the band released a new album, ‘Wake up Where You Are’, in 2012.