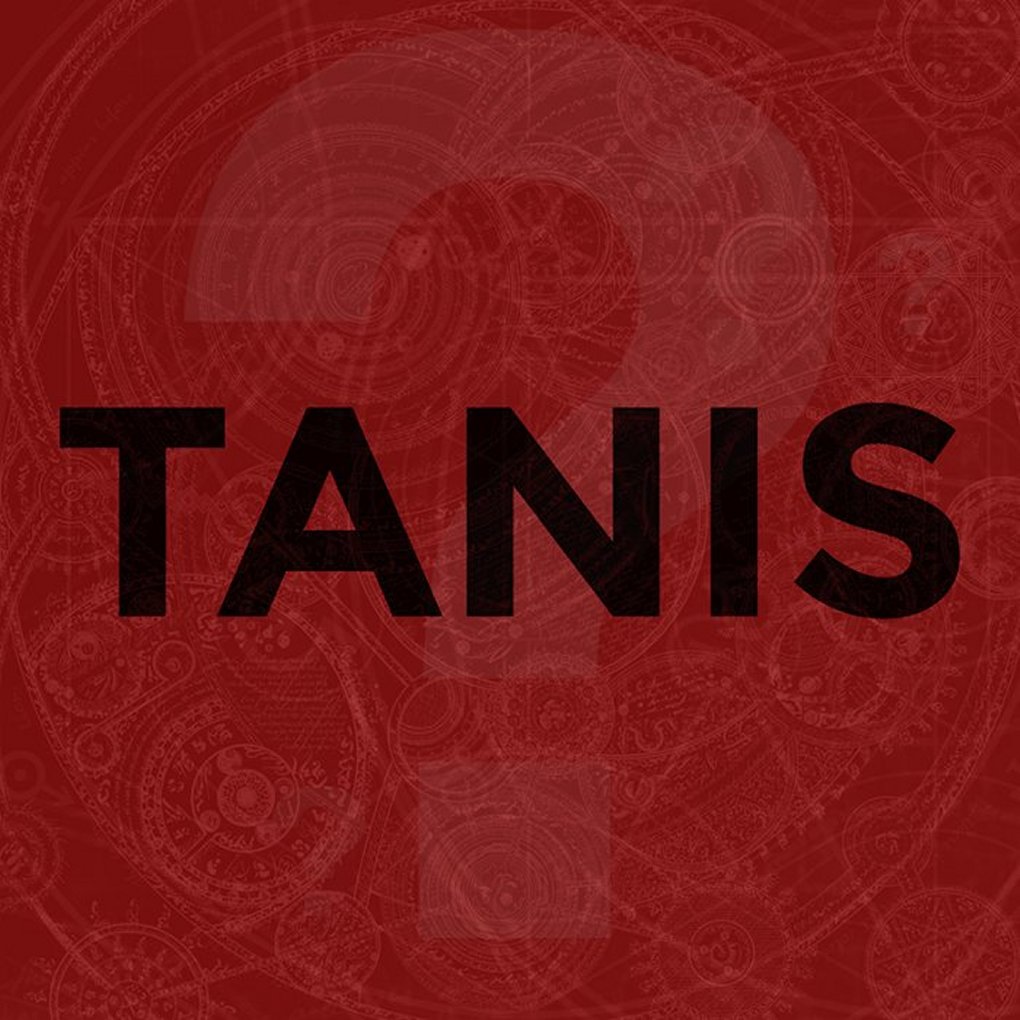 A while back I posted about The Black Tapes Podcast and how obsessed I had become with it. Well, not only have I re-listened to season one of that show several times since then, I’ve also become just as obsessed with the Tanis Podcast, another paranormal-themed serial drama from Pacific Northwest Stories, the makers of The Black Tapes!

Set in the same semi-fictional universe as The Black Tapes, and sharing a few characters in common, Tanis follows podcast producer Nic Silver and his hacker sidekick Meerkatnip as they attempt to answer the question “where is Tanis?” Along the way they’ve made several suggestions about what the mysterious & mythological “Tanis” might be—an idea…an artifact…a building…a city…they’re leaving it open to interpretation—drawing heavily from the lore of various real-world paranormal traditions. So far the dramatized search for Tanis has already incorporated Imageyenation hero Jack Parsons, Haida Indian folklore, the strange death of Elisa Lam at the Cecil Hotel, William Blake, the Markovian Parallax Denigrate, the A858 phenomenon on Reddit, alchemist Nicolas Flamel & the search for the philosophers stone, Austin-based serial killer The Servant-Girl Annihilator, Baba Yaga, and Charles Manson, among other esoteric subjects. It’s compelling as hell for weirdos like me who obsess over the minutiae surrounding such matters.

Other than the Pacific Northwest Stories universe, the podcast-within-a-podcast conceit, the characters Nic Silver & Alex Regan, and a mystery-fueled pseudo-noir tone rooted in the paranormal & weird fiction, Tanis and The Black Tapes share a few other things in common as well. They’re both clearly more-than-a-little inspired by the work of filmmaker David Lynch—particularly the rain-soaked Pacific Northwest-set ‘Twin Peaks’—which Tanis actively acknowledges in-story. Like that of TBTP. the in-show music—from the haunting Folk-Rock theme song, to the dramatic stingers, to the melancholic interludes—is so good that I often find it getting stuck in my head or catch myself humming it at the strangest of times. And, again like TBTP, the overall production values, writing & voice acting continue to impress. In fact, I think I may actually prefer the acting and characterization on Tanis ever-so-slightly over that of The Black Tapes. That’s likely a matter of personal taste. Or it could just be the creative team at Pacific Northwest Stories and Minnow Beats Whale getting better with time and experience. Either way, your mileage is sure to vary.

The only negative comment I can possibly make regarding Tanis is that the two week gaps between new episodes—I won’t even mention the lengthy hiatus The Black Tapes has been on since October—can sometimes feels like a bit too much to bear. I guess that’s why I continue to re-listen to the existing episodes over and over again though?

Luckily The Black Tapes will be rejoining Tanis in the examination of mysteries both real & imagined when their second season debuts on January 19th. I can tell you there’s no mystery as to whether or not I’ll be listening to that!

In the meantime, join the search for Tanis yourself. Runners are wanted.