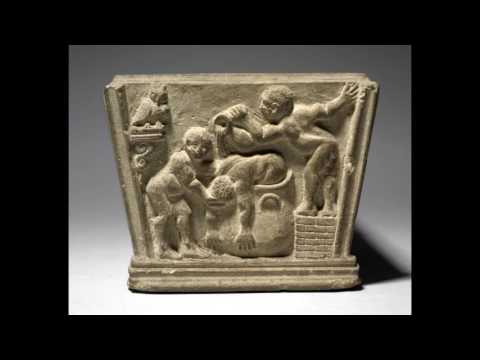 Tracy R. Twyman, author of ‘Clock Shavings’ and ‘Baphomet: The Temple Mystery Unveiled’, delivers the first in what seems to be an intended series of videos detailing her research into the figure Baphomet that is so integral to several occult traditions, and the mythology surrounding the Knights Templar.

In the video she discusses her translation of Joseph von Hammer-Purgstall’s ‘Mysterium Baphometis Revelatum’ a seminal work on the subject of Baphomet and the Templars that has been often referred to but rarely read due to the fact that it was written in Latin and not available in English until now.  She also touches on the discovery of several alleged Templar artifacts that may illustrate Gnostic rituals and early depictions of a pre-Eliphas Levi Baphomet.

I’ve read her books and am infinitely fascinated with this subject matter.  Her work is original and very compelling and bravely discusses several important ideas and concepts that have Earth shattering potential. She stops just short of making certain connections that would give the whole game away, but anyone school in the topic should have it all figured out already.