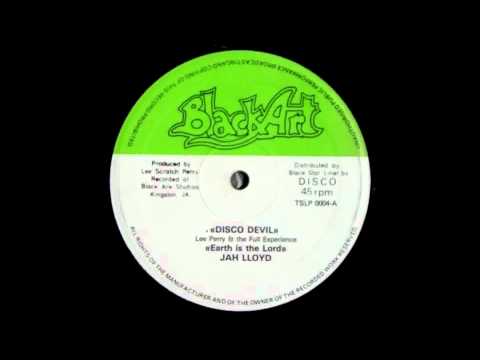 I was almost positive that I’d posted “Disco Devil”, Dub originator Lee “Scratch” Perry’s 1979 rework of the Max Romeo Reggae classic “I Chase the Devil”, as part of Monday Magick a long time ago.  But as of this morning it’s not anywhere to be found on this website.  I don’t know if it was posted but lost during onee of the web-hosting snafus we’ve experienced or what?  But I’m going to remedy the situation by sharing, or re-sharing as it may be, this diabolical Dub wonder with my Monday Magick audience this week.

A generation of listeners probably recognizes “Disco Devil” for its inclusion of the “Lucifer, son of the morning…” vocals from Max Romeo’s Lee Perry written & produced “I Chase the Devil”, which notably provided the sampled hook for the Kanye West produced “Lucifer” from JAY-Z’s ‘Black Album’, or its appearance on the soundtrack to Rockstar Games’ massively successful ‘Grand Theft Auto V’.  I know it was probably hearing it so often in ‘GTAV’ that prompted me to post it, or think I posted it at least, on this website some time ago.

“I Chase the Devil” is one of the most powerful recordings to emerge from his Black Ark Studio in Kingston, Jamaica during its heyday.  And not just for Max Romeo’s haunting vocals, or his and Lee’s brain-searing lyrics, but the rock-solid rhythmic foundation laid down by Perry’s house band The Upsetters.  This version includes both, with tons of reverb, echo-chamber effects, and what sounds like bong water bubbling added for good measure, in addition to new, decidedly more playful lyrics from Scratch and his Full Experience backup singers.  It seems like Lee might have been trying to cash in on the Disco craze with this one while holding ever fast to his Reggae roots.

Admittedly “Disco Devil” isn’t so much a celebration of anything diabolical per-se.  But it isn’t a goody-goody chantdown aimed at driving “Satan out of Earth” either.  And I kind of think that its mild devilishness might have been a backhanded dis directed toward Rastafarian recording artist like Max Romeo who Scratch had fallen out with over the years.  So despite its tenuous diabolism it’s kind of hard to argue against one of the few Reggae tunes that actually mentions the original Scratch being included in this space.  Especially when it sounds so dark, and so dope.

Though he suffered a mental break which culminated in him burning down the Black Ark studio and destroying his original master tapes for most of his early material Perry fled Jamaica and has continued recording and touring ever since.  He has most recently hosted one of the in-game radio stations in ‘Grand Theft Auto V’,  the most recent entry in the ‘Grand Theft Auto’ video game series.  He also released an album, titled ‘The Super Ape Strikes Again’, with Belgian Reggae band Pura Vida last year.