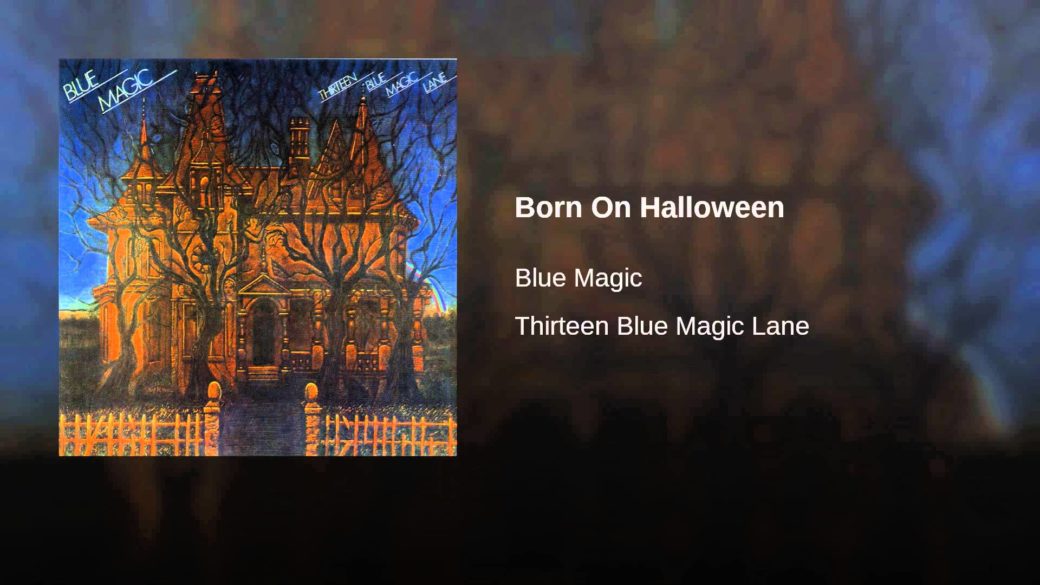 Returning to the routine of pumping out a new Monday Magick post every week over the last month has been rewarding. And I’m especially happy I was able to do it during the month of October. It took afew weeks of getting back into the swing of things, but as the month began drawing to a close I kept my eyes peeled and ears open for an ideal selection to celebrate the outgoing “Season of the Witch” in style. And I do believe the track I picked for this week’s feature fits that bill. Taken from a 1975 LP from Philadelphia Soul quintet Blue Magic by the appropriately ominous title of ‘Thirteen Blue Magic Lane’, that song is the smooth but spooky soul ballad “Born on Halloween”.

“Born on Halloween”? By Blue freakin’ Magic? Can we ask for a more perfect Halloween themed Monday Magic candidate than that?!?!

I’ve complained more than once in this space about the lack of diabolical subject matter in certain musical genres. My personal aesthetic tends to lean towards Funk, Soul, and R&B more than anything. But sadly those are genres that, due largely to cultural reasons and an admittedly tenuous link to “Chruch Music”, tend to shy away from lyrics about The Devil, witches, and the occult. Don’t get me wrong. I like all music. But if I had to write a column dedicated to, say Norwegian Black Metal, just so I could write about music with an occult twist I probably wouldn’t by typing this post right now. Dig? Despite digging soulful shit and having a decent collection of old Soul records I’ve neglected the fact that one of the most popular Soul groups of the ’70s, Blue Magic, actually has the word “magic” in their name and released several songs with vaguely “spooky” titles that allude to the dark paths of the occult in one way or another.

Being reminded of “Born on Halloween”, one of the most glaring examples of this spooky Soul dichotomy, was like a slap to the face.

The song itself, which was produced by Norman Harris and Ron Kersey at the famous Sigma Sound Studios featuring their notorious house band MFSB, is anything but, coming off soothing to the ear in a manner that is typical of the Philly Soul and Soul vocal group sound of the era.  Sophisticated orchestral arrangements of dramatic strings provide a chilling but chilled out backdrop for vocal harmonies and a signature keening falsetto that tells a tale of spellbinding romance, abandonment, heartbreak, and supernatural obsession. The protagonist laments falling in love with a “Scorpio” who haunts his dreams to the point of feeling cursed by “the witches brew” of someone who was “born on Halloween, a queen of witchcraft”. That’s about as deep as the song goes to the occult rabbit hole, but it’s a surprisingly dark supernatural take on the standard brokenhearted R&B “simp” template if you ask me.

“Born on Halloween” was recorded for ‘Thirteen Blue Magic Lane’, the group’s third LP. They released a total of nine studio albums, the last of which, ‘My Magic is Real’, was released in 1995. All of the original members of the group appear to be alive and kicking. But there are reportedly three different version of “Blue Magic” featuring various lineups touring at this time.